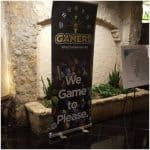 You are reading
Who’s Yer Con 2017 – Gaming for Everyone 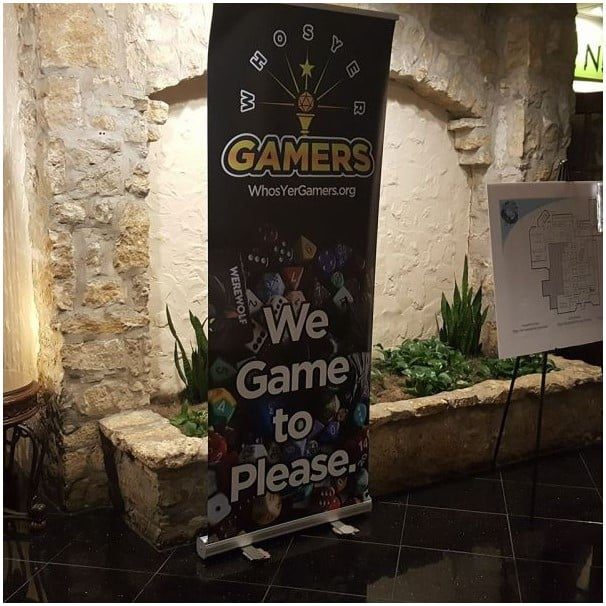 This past weekend gamers came together from nearly all over to enjoy a weekend of gaming. Each year a gaming group called Who’s Yer Gamers works hard to bring gaming to everyone they can with Who’s Yer Con – a free gaming convention that takes place in Indianapolis, Indiana. Some consider the convention a pre-Gen Con kick-off, while others see it as a way to introduce gaming to everyone they can without looking at a huge pricetag to do so. Since we relocated back to Bloomington last year we wanted to make sure to head out to this one-of-a-kind convention to see what’s changed since we last attended, which was years ago.

The convention took place at the Wyndham Indianapolis West this year, and while we weren’t terribly excited about the hotel (not the con’s fault) we still managed to enjoy our time at the event. Who’s Yer Con is a big event that sees a multitude of gamers coming out to run games, whether it’s a Pathfinder scenario they’ve been working on or a brand new game system they’ve developed themselves. It’s an amazing opportunity to come out and play games you’ve never played before, or find players to help get that game played that’s been sitting on your shelf for a long time collecting dust.

Before the con kicks off there’s plenty of time to sign up for events, and that’s exactly what attendees do. Just like with Gen Con, each event is run by a gamer and has its own time slot and location. Who’s Yer Con did a great job of organizing events by game type and length, so there was very little overlapping or confusion that’s so common with larger conventions. Board games and RPGs had their own room, card games had their designated area, and so forth. While most of the gaming took place in the large ballrooms, across the hall there was plenty of room for smaller games to be run. Looking for someone to play DUST Tactics? There’s room for that. Trying to get a full player count for Dead of Winter: The Long Night? Get your event set up and you’ve got space. There was even room dedicated to open gaming, which was right across the hall from the huge gaming library that WYC put together for attendees. 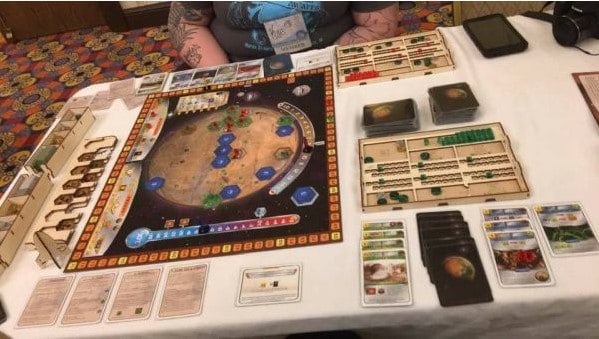 We brought Terraforming Mars with us and finally got it to the table!

For those looking to pick up a new game to add to their collection had the very opportunity to do so in the vendor hall this past weekend. While not as large as some of the vendor halls we’ve seen before, it was still larger than the last time we attended the convention. What’s more about the hall is that it not only had vendors selling games, but it also had vendors selling LARP-ware, artwork, and much more. I found myself wandering the hall several times over the weekend, and each of the vendors were upbeat and very friendly. Some local artists and vendors even made it out to the convention, which made us all kinds of excited. 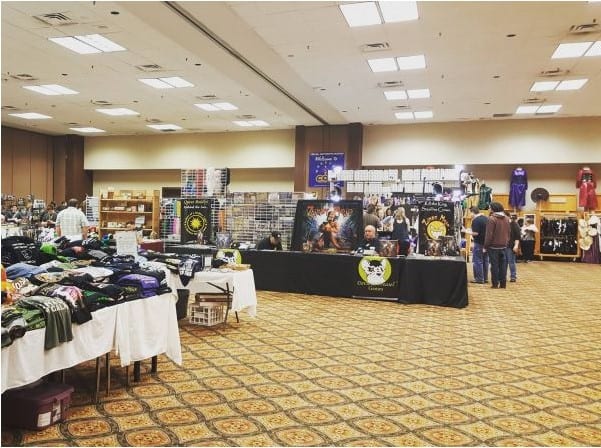 While we did attend a couple of events, we spent most of the convention trying to enjoy the atmosphere. Gamers were everywhere, and it seemed like there were very few moments that were spent being bored or uninterested. During the late evening on Saturday we attended a meetup sort of dance party where all sorts of geeks, gamers, cosplayers, and more mingled with one another. While it was an inviting setting, in the end it didn’t work out for us and we decided to retire upstairs. One highlight to the weekend, though, was the discovery of a game from Devious Weasel called Bemused. I had not heard a lick about this strategic doubt and dread-placing game until I saw it at the Devious Weasel booth. Luckily, Jim Felli was there to give us a crash course of the game. We even got to demo it a couple of times outside of the dealer hall during event hours, which was a lot of fun. The premise of the game is that you are a muse who is attempting to raise their human virtuoso to fame and recognition. You’re not alone, however, and in order to accomplish your goal you need to plant doubts and dread on other virtuosos represented by the rest of the muses in order to come out on top. The artwork is brilliant and the gameplay is intuitive. It’s a nice breath of fresh air in the 4 – 6-player envelope of games. We liked it so much that we’ll be writing up a piece all about it very soon, so keep an eye out! 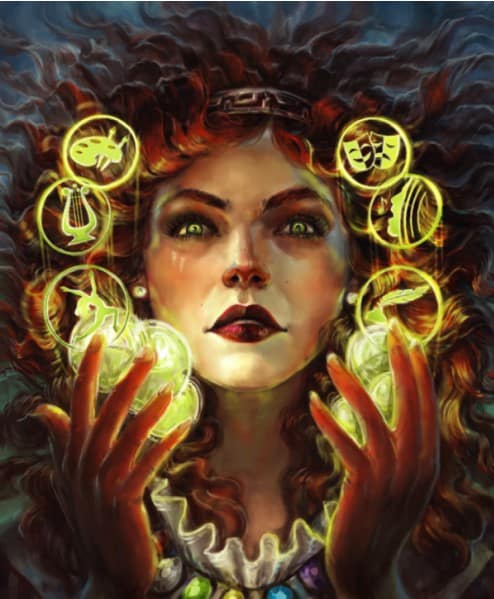 All-in-all we had a good time at the convention. That being said, however, we do have some nit-picky things to say about it. First of all, WYC has definitely outgrown the Wyndham. While we got a hotel room at the con, there was virtually nowhere to park if you had to leave and come back. This bit me a bit since I paid for a room at the con and didn’t fancy parking at another hotel and walking over like many had to do. Now this may be a hit against the hotel and not so much the con, but it needs to be mentioned. Being a free convention, WYC brought in a lot of people – especially families. On Saturday there was almost no room to play games if you weren’t attending events. Still, some of this was mitigated by having a room at the con where we could play games by ourselves.

I think that, with a little bit better planning, attending next year is a definite thing. The team behind WYC did a great job of organizing the event, and the staff remained helpful throughout the convention. They did their best with the space they had, and I look forward to seeing where they go in the future. I will definitely say that WYC does an amazing job offering something that I’ve not seen anyone else do – a free convention to allow gaming for everyone. If you’re ever in the area I would highly suggest you looking into Who’s Yer Con to get a dose of gaming goodness at a price we can all afford.