You are reading
Renegade Announces Two New Games for Summer 2017

Renegade Game Studios, publishers of  the hit games Apotheca, Clank!, Lanterns: The Harvest Festival, Lotus, and World’s Fair 1893, has recently announced two new games coming to your friendly local gaming store in Summer 2017. These should also be available to check out during Origins and Gen Con, if you’re making the trek to one of these large gaming conventions.

While there isn’t a ton of information available at this time, the press releases show stunning box art and gives a brief rundown of what to expect as far the genre niches in which these games will fall.

The first, The Fox in the Forest is a joint venture with Foxtrot Games (Lanterns, World’s Fair 1893) designed by Joshua Buergel (Hocus) and is small box trick-taking game for two players.

Renegade has built a reputation for producing beautiful, high quality games with simple mechanisms and deep play. For additional information, see the releases from Renegade below!

The Fox in the Forest 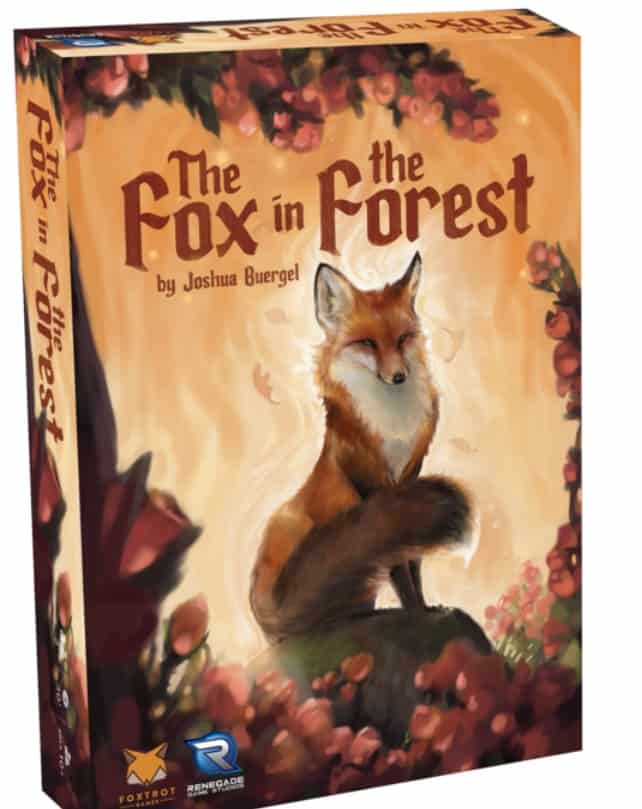 Fox in the Forest

The Fox in the Forest is a trick-taking game for 2 players. Utilize the special abilities on the Fairy Tale characters to change the trump suit, lead even after you lose a trick, and more. The beautiful illustrations of the unique characters will help you quickly analyze your options.

Score points by winning more tricks than your opponent, but don’t get greedy! Win too many tricks, and you will fall like the villain in so many fairy tales

“The Fox in the Forest is a beautiful and familiar feeling game,”  says Renegade President Scott Gaeta. “It pairs classic trick-taking mechanics with a fresh and modern twist. I love games like this because they can really open the door to non-gamers and invite them into our world.

“The custom deck, the special abilities on the cards, and the high-low scoring all bring the tension and surprises of trick-taking into a great two player experience,” says Randy Hoyt, owner of Foxtrot Games. “I love trick-taking games, and I’m excited to partner with Renegade again to share the unique elements of this game with the world.

This will be the second game in the small card game line that began with The Blood of an Englishman by Dan Cassar. Future games in this line will release later this year. Look for it in hobby stores summer 2017. The Fox in the Forest will have an MSRP of $15, is designed for two players to enjoy for approximately 30 min per game, and will intrigue gamers ages 10 and up.

We’re launching the ships we have ready, but it isn’t much. Our pilots fight bravely, defending the planet, while we ready the rest of the fleet. Explosions fill the sky, and we’ve taken some hits, but we won’t give up. Will you?

Flip Ships is a cooperative dexterity game where players take on the roles of brave pilots defending their planet from an onslaught of firepower. Flip your ships to take out the encroaching enemies, and to take down the powerful mother ship before it’s too late.

Look for Flip Ships in hobby stores summer 2017. This cooperative dexterity game will have an MSRP of $40, is designed for 1-4 players to enjoy in 30-45 min. per game, and will delight gamers ages 8 and up.

We’re really excited to check these games out in the coming months and will be sure to bring you more news as we have it. Be sure to keep you eyes open for future reviews for these and other games here on Initiative: Tabletop!