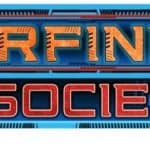 You are reading
Starfinder Society Organized Play Announced, Kicks Off At Gen Con 2017

One of the main reasons why I’m headed to Gen Con this year (aside from the fact that it’s pretty much my gamer family tradition now) is to get involved with all things Starfinder. Paizo announced that the new sci-fi RPG will be releasing at Gen Con this year, along with some goodies to get players up and running with the new rules and setting. What’s also going to be launching alongside the RPG is the new Starfinder Society organized play program, taking players into the darkness of space like never before.

Since the original announcement for Starfinder players have requested a new organized play format to support the game. Paizo jumped right in to give players what they asked for, and the Starfinder Society is their answer. I’m interested to see how things will play out with this program just as much as I’m excited to get back into Pathfinder Society and run my characters through new adventures. We’ll get more info on the program once it launches this August.