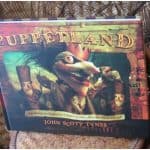 You are reading
Written Review – Puppetland 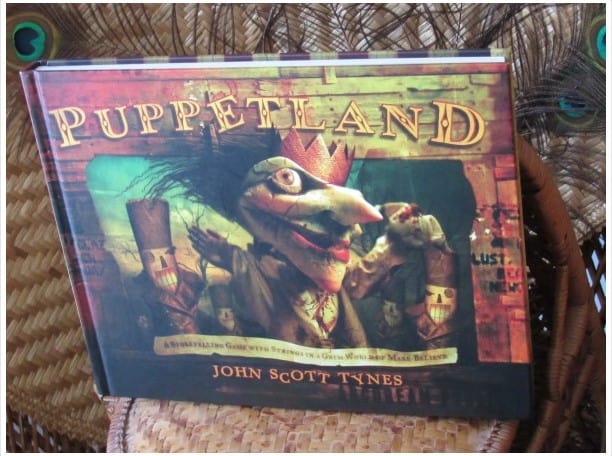 Puppetland is Fairy-Tale puppet roleplaying at is finest or perhaps at its most terrifying, the game presents a world where the story continues no matter what and there is no 4th Wall for those behind the curtain. In Puppetland you play a puppet and must try to retake Puppetland from beneath the clutches of Punch the Maker-Killer, a tyrant who has seized control of your world and slain your maker. Updated in 2016 and released by Arc Dream Publishing, Puppetland is a creation of game designer John Scott Tynes.

This RPG is basically broken down in the following: 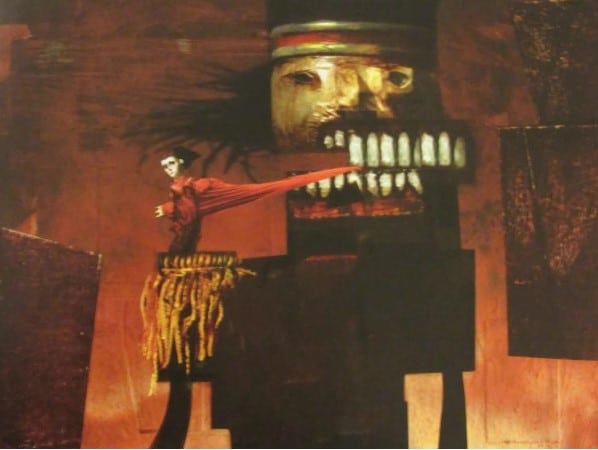 The first rule of Puppetland is that a tale or chapter of a game session is meant to take place in the span of 1 hour from beginning to story’s end and it is timed. However, events may occur in game that take longer than 1 hour, a Puppet may be asleep for a week for instance, but that time passes in a matter of seconds of the clock. Once the hour has concluded, that “Tale” has ended and all puppets awake snug in their beds for the beginning of the new tale. Wounds that puppets have suffered are gone, but dead puppets are missing for good. 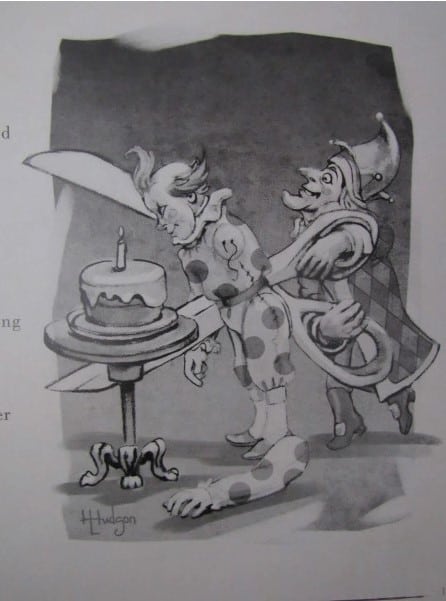 Another rule that makes Puppetland unusual and intriguing is that every word spoken by an actor is portrayed as having been spoken by the Puppet. Actions being performed by a Puppet must be exclaimed aloud as well, an actor would loudly declare “I will now smash this window with a hammer,” or similar in order to choreograph their puppet’s physical actions. To add to this story-book style, most descriptive dialogue is spoken in past tense, while puppets have conversation in present tense.

Puppetland is a diceless game that uses Drama and Creativity as measurement of success over numerical values, Puppets do have descriptive Attributes that represent things like speed and strength relative to other puppets in Puppetland. There are also general guidelines for what puppets can and cannot do during game, some puppets may not be able to tell a lie or cannot grab objects because they have no arms for example. Puppets have 16 puzzle pieces that in an abstract way represent their health or endurance through the story, Puppets can lose puzzle-pieces from being attacked or also from performing actions that are against their nature and their “Cannot” list on their puppet sheet. Once all 16 pieces are colored in, the Puppet “dies” when it is dramatically appropriate and does not return upon the awaking of a new tale. The system is highly concentrated on the narrative and the dramatic nature of each action and reaction. A Puppetmaster is encouraged to let individual Actors help shape the landscape and story of Puppetland, but has ultimate authority to veto certain actions if a bit outside the bounds of his or her story. Rather than go into detail with every chapter of the book, I’ll highlight some important parts. 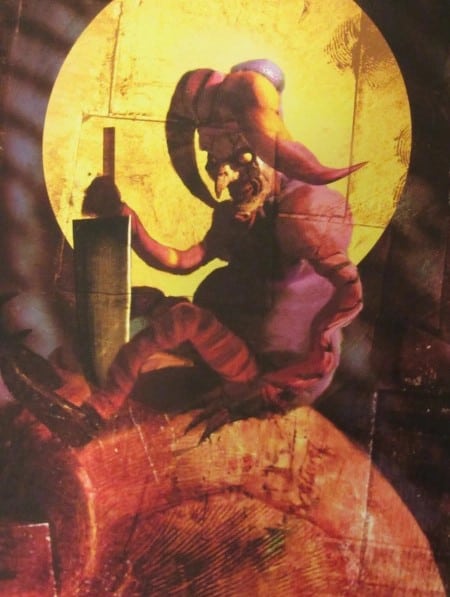 Our story begins, as it should, with a Fairy Tale describing the death of the Maker who created all the puppets of Puppetland and the doom that came to Puppetland following the actions of Punch – now known as the Maker-Killer. I wouldn’t want to spoil the grisly details of this short tale for you here, but I will leave you with this quote:

When Judy finished the great hammer, Punch found that it took all his strength to hold it up. He grew angry that it was so heavy.

“You have made this so big I can barely lift it!” he shouted.

He swung it at Judy’s head with a mighty crack. Judy’s eyes rolled back and she fell asleep.

One of the largest and most important sections that I’ll talk about of the book, Puppetland has been detailed out well enough to provide a toolkit of settings, backdrops and even villainous puppets to make your own Tales in Puppetland. There are mysterious Candy Caverns and circuses where Punch goes to lament his inability to walk in the footsteps of the Maker, there are also detailed write-ups for Puppetmaster controlled puppets with strange motivations and haunting behaviors. There are lots of key bits of information about the “ecosystem” of Puppetland that I wouldn’t feel appropriate going into too much detail for sake of those who will be playing this game and looking for a surprise, but I will say that “Punch’s Boys” are some of the most frightening fictional puppets I’ve ever seen brought to life.

Even if this wasn’t a role-playing game about Puppets in a doomed world of lost innocence, there are some great pieces of advice for Storytellers located in these chapters. They present details on possible story-hooks for use in your own Tales or how to structure your own adventures using Macguffins and Big or Little Villains through a story. If you’re new to running Puppetland or to running role-playing games in general, there is a lot of useful information in these pages.

Ultimately, Puppetland is not what you would expect from a horror game based around puppets. But I’ll be honest, I don’t know that I ever expected anyone to make a role-playing game about Puppets in a land of lost innocence and horror at all, but this came from the mind of John Scott Tynes. If you’re unfamiliar with John Scott Tynes, he’s also the creator of very original and sinister horror tabletop RPGs such as Unknown Armies or Delta Green. Even if you’re unfamiliar with his previous work and normally wouldn’t think of picking up such an unusual RPG, as a veteran of role-playing games for the last 20 something years of my life, I recommend this book for its uniqueness and accessibility.

What makes Puppetland different? It can be played within the span of 1 hour to tell a tale, and you also have a narrative diceless style that is accessible to novice or even brand new roleplayers. I am always on the lookout for “Gateway RPGs” that allow me to take people who may play party games but are usually reluctant to go truly “Nerd” and play a classical tabletop RPG like D&D or similar. There is also a lot of appeal for this game and its lack of a “Out-of-character” voice and the narrative phrasing that makes it attractive to the dramatist and actor in me.

All you need to play is a few printed puppet sheets, a few willing dramatic friends and 1 hour of time to get a proper game of Puppetland in. What’s most important is having fun and telling a good story, that’s what Puppetland is designed for – making a memorable experience for your tabletop group.

Maybe you’re still not convinced Puppetland is worth your time? Well, there is also the artwork. 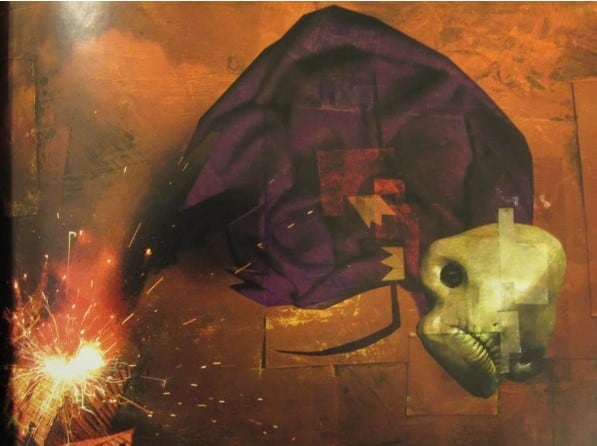 Look at this stuff. It feels like you’re inside a child’s nightmare. Which is exactly how Puppetland feels and plays. 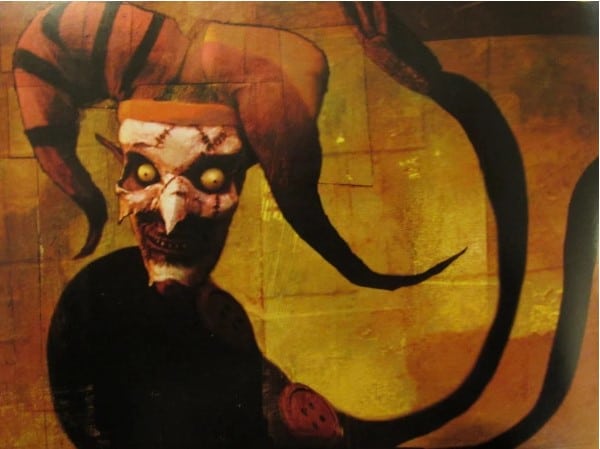