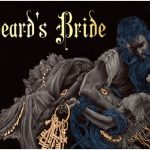 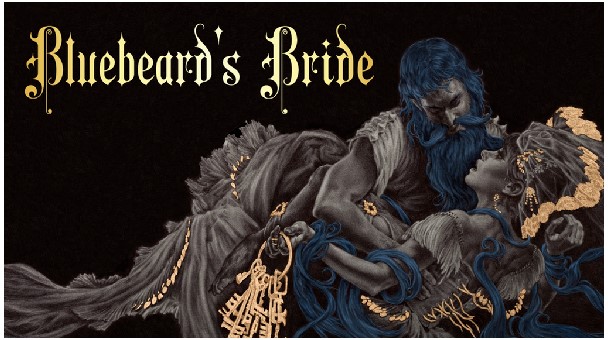 Every once in a while I’ll come across a game that makes me say, “I can’t wait to get that to the table.” The most recent case of this happening is a new tabletop RPG from Magpie Games called Bluebeard’s Bride. It’s an investigatory horror tabletop RPG based on the old French folktale, Bluebeard. As I read through the Kickstarter campaign I found myself being pulled deeper and deeper into the game’s presence. Not only does the thought of the game hook you, but the way it’s presented offers gameplay that I’ve never seen before in tabletop RPGs.

The story of Bluebeard’s Bride is as follows:

Bluebeard is a wealthy and powerful, yet frighteningly ugly, aristocrat who has been married several times to beautiful women who have all mysteriously vanished. When Bluebeard visits his neighbour, a noblewoman, and asks to marry one of her daughters, the girls are terrified. After hosting a wonderful banquet, he chooses the youngest daughter to be his wife – against her will – and she goes to live with him in his rich and luxurious palace in the countryside, away from her family.

Bluebeard announces that he must leave for the country and gives the keys of the château to his wife. She is able to open any door in the house with them, which each contain his riches, except for an underground chamber that he strictly forbids her to enter lest she suffer his wrath. He then goes away and leaves the house and the keys in her hands. She invites her sister, Anne, and her friends and cousins over for a party. However, she is eventually overcome with the desire to see what the forbidden room holds; and she sneaks away from the party and ventures into the room.

She immediately discovers the room is filled with blood and the murdered corpses of Bluebeard’s former wives hang on hooks from the walls. Horrified, she drops the key in the blood and flees the room. She tries to wash the blood from the key, but the key is magical and the blood cannot be removed. Fearing for her life, she reveals her husband’s secret to her visiting sister, and they plan to both flee the next morning, but Bluebeard unexpectedly comes back and finds the bloody key. In a blind rage, he threatens to kill her on the spot, but she asks for one last prayer with her sister Anne. At the last moment, as Bluebeard is about to deliver the fatal blow, the brothers of the wife and her sister Anne arrive and kill Bluebeard. The wife inherits his fortune and castle, and has the dead wives buried. She uses the fortune to have her other siblings married, and eventually remarries herself, to a man she loves, and moves on from her horrible experience with Bluebeard.

In Bluebeard’s Bride, you and up to four other players take on the role of the bride as she makes her way through the looming mansion. I know what you’re thinking: “How can more than one person play as the bride?” That’s where the creativity and utter brilliance of this game comes into play. When the bride discovers the room where Bluebeard’s previous brides were kept, her psyche all but snaps. It becomes divided as she moves about the mansion, and each player takes on a different facet of the bride’s broken psyche – a Sister as it’s called in the game. Each sister takes turns coming to the forefront of the bride’s psyche, essentially having the most control over the bride and guiding her through the mansion. The other Sisters don’t just sit out, though. Each Sister has a voice and lends her own insight into how the bride thinks and perceives the rooms she enters.

Each game session will have one person running the game, called the Groundskeeper, and sessions are designed to last about 3-4 hours. The catch here is that the entire game plays out in one session, and no two sessions will be the same. Groundskeepers can setup the game however they like, whether it be a brand new bride each time, if it’s a descendant, or whatever else they can dream up. You can have more than one experience with a room, even if you see it in another session of the game.

Starting at a $50 pledge, you can get a copy of Bluebeard’s Bride in hardcover from the campaign. There are additional game supplements available as well, such as a dedicated Rooms book, a deck of cards representing the Objects found in the mansion, a tarot deck showing the types of Servants found on the grounds, and much more. I’m terribly excited for this game, and it’s certainly going to become a reality. The campaign has already funded and broken through handfuls of stretch goals. As a horror fan, the idea of being able to set up something terrifying and run through it in one-off sessions really meets what I’m interested in for game nights. If you think you’ve what it takes to brave the mansion, head over to the Kickstarter page to find out more about the game and lay down a pledge of your own. You can even get a .pdf preview of the game just for being a backer!