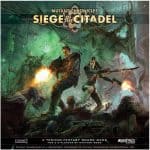 You are reading
Interview with Chris Birch from Modiphius Entertainment 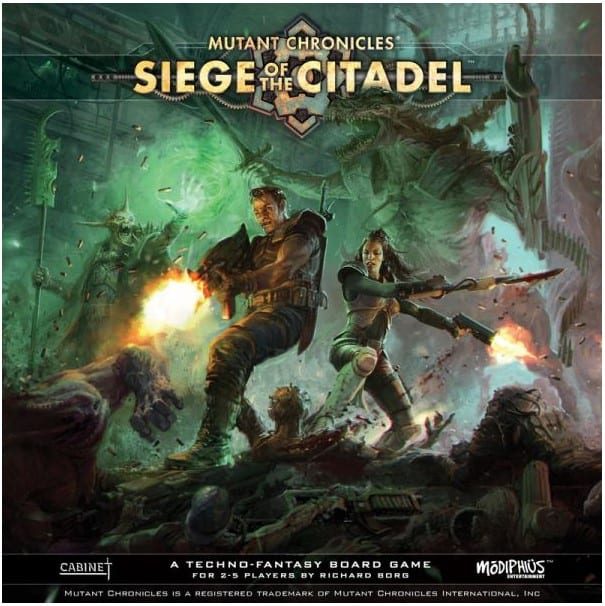 Not long ago I had the chance to sit down with Chris Birch, head of UK-based Modiphius Entertainment, the company that’s brought us the Achtung! Cthulhu RPG and the Mutant Chronicles RPG. Just recently the company ran a highly successful Kickstarter to bring back a longtime favorite game of Birch’s, Siege of the Citadel. Fans flocked to the Kickstarter, and in the midst of the campaign and the news from Gen Con about the upcoming Star Trek RPG that Modiphius is working on, I was interested to hear just what was running through Birch’s mind. Luckily I got the opportunity to speak with him, and not only did we cover Siege of the Citadel, we also got to talk a bit about the upcoming Star Trek RPG. Take a look at the interview below!

What inspired you to bring back Siege of the Citadel?

Well, it was honestly one of my favorite games from the 90s. We’ve been managing the Mutant Chronicles RPG and the creators approached us and asked if we wanted to reboot the game after seeing the success the RPG has had. I think it was a great time to bring this type of game back into the community.

What is it like to partner with Ninja Division to bring something entirely new to the game?

There are people who love chibi and some who hate it. However, the ND team are HUGE fans of Siege and they approached us to offer a chibi model for Siege, so we decided to partner up to offer a free model with the game. The thing is that it appeals to a different audience, such as a parent getting a model for their kids. We’re just happy to be able to give our backers a free bonus.

With the Kickstarter being such a big success, are you hoping to see Siege of the Citadel become a staple in the community once more?

Absolutely. We have big plans for the game to turn into a staple for a fun game night. It’s not a complex game, it plays fast, and it’s one of those quick, fun games that you can enjoy through a short scenario or a large one.

With the success of Siege, are you hoping it will bring more players into the Mutant Chronicles world?

Of course. We even added the RPG books as an add-on to the campaign. We’re also working on a crossover book for the game that will give stats to the models and characters from Siege for use in the RPG.

Do you think you’ll get into more board games in the future?

What motivated you to get on board with a new Star Trek RPG?

Well, the opportunity came up and we thought ‘Oh we’ve got to go for it.’ This was something you just can’t turn down. I’ve been a fan of Star Trek for years, growing up watching Captain Kirk. Time has moved on, there’s so much we could do with the storyline. We can also show off new scenes and art since we’re not using stills from the actual show. It allows us to open up the universe. We were approached by some big names at Gen Con telling us that they needed to write for Star Trek, which was pleasantly surprising. This is a great time, with a new series coming for Star Trek, after it being 7 or 8 years without an RPG it’s time to introduce this one.

What are your goals with the new Star Trek RPG?

We’re playtesting the Living Campaign, which hasn’t been done before. Players will have different experiences depending on which ship they choose. They will experience different situations within the overall plot that’s being written by some big names, and their decisions will affect the story behind the scenes for the major storyline of the game. We’re encouraging inter-ship communication where players can take to the forums to share their experiences to help make the game more dynamic and build a bigger story.

Our use of the graphic novel art lets us show scenes you know have existed, though you’ve not seen them in the show or films. It allows us to show new scenes and expand the universe as well.

The game isn’t about just shooting the nearest Klingon. It’s about science and exploration. The game is about wonder and finding what’s out there, all while having deep plots behind the gameplay.

Modiphius is a company that’s sure got its hands full through the next year. More sign-ups for the Star Trek Adventures Living Playtest Campaign took place at Essen this past weekend. With so much coming down the pipeline, the excitement is meeting its peak. With all of this being announced, what are you most looking forward to?