You are reading
Mutant Chronicles: Siege of the Citadel Funded via Kickstarter, Brotherhood Expansion Announced 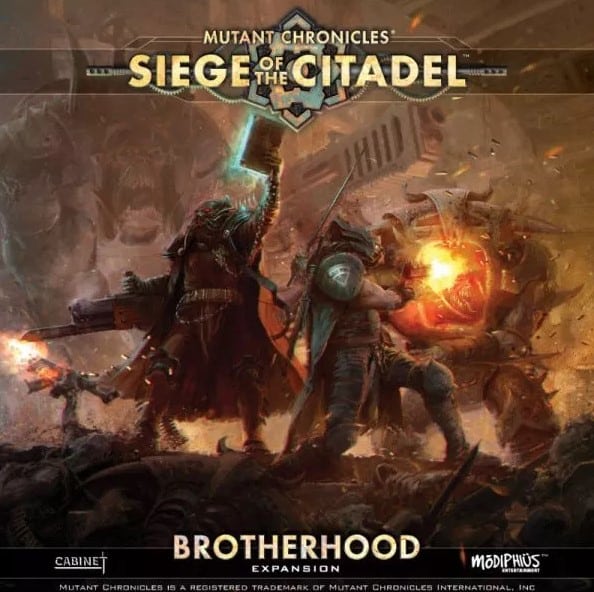 Siege of the Citadel is a game known to many long-time gamers across the world. The game was the first of its kind to offer character development and the and the unique rotating Dark Legion player, amongst other groundbreaking ideas. It was originally created by Target Games from Sweden, and the game even had TV spots both across the pond and here in the U.S.! To many gamer’s happy ears, Modiphius has jumped on the reigns and decided to reimagine this powerhouse of a game and put both Richard Borg and Eric Lang behind the wheel.

The new edition of Mutant Chronicles: Siege of the Citadel went live on Kickstarter and funded within 4 hours. The game is now breaking through stretch goals like you wouldn’t believe. In fact, the Brotherhood Expansion was just announced for the game. This expansion unlocks the Brotherhood faction for players, including new Dark Legion creatures, the power of the Arts & Dark Gifts, plus new Brotherhood Cathedral tiles. Everyone who backs the Kickstarter campaign at the “Dark Legion” level ($149) will grab the expansion once it unlocks at $165,000.

With the rate the campaign is going the expansion will be funded in no time. This second edition of the game looks crisp and full of excitement. We’ve already unlocked numerous upgrades for the game, including a 3-part mini campaign composed by Eric Lang! You can learn the game’s rules, see all of its contents, and slap down a pledge on the campaign page. Do it now before the Dark Legion swallows us all!