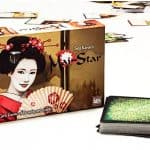 You are reading
Written Review – Mai-Star 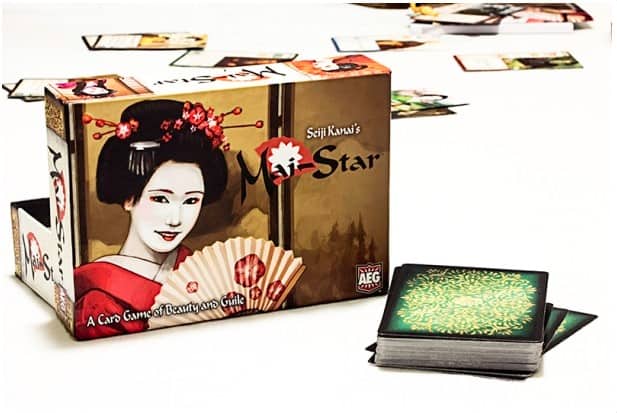 There was a time that the Geisha were respected as entertainers and skilled hostesses. Mai-Star from AEG looks back to such a time and allows players to take on the role of one of six Geisha in the Emerald Empire. Seiji Kanai has designed a simple to understand, fun to play game with just enough depth for a small box game and a whole lot of character. 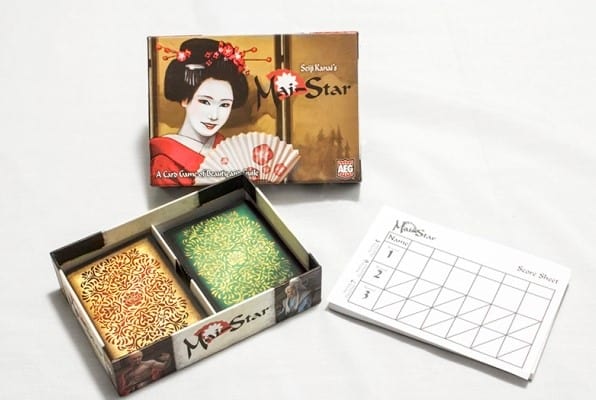 Setting up the game is incredibly easy. Each player receives one of the Geisha cards. Players can either select the Geisha they prefer to play, or the Geisha cards can be shuffled and handed out randomly. The rest of the cards, the customer deck, are placed within reach of all the players. You’re now ready to play! 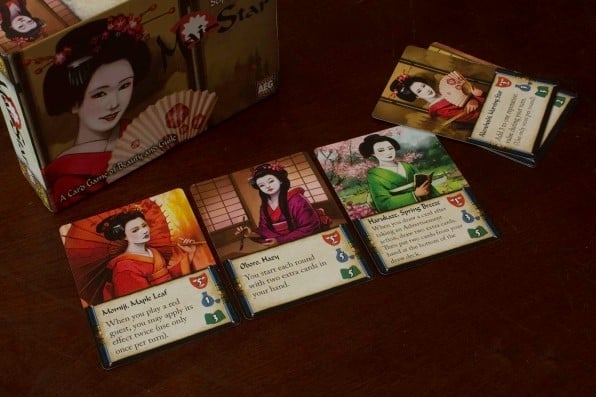 Players will have a different sized hand each round, with the card count increasing each time. There are three rounds during which players have the chance to entice the highest quality customers to join them. Whichever Geisha has brought in the most successful, highest quality, richest customers will win the game.

The first round begins with players drawing five cards. The goal of each round is to exhaust your hand, having no cards. In order to accomplish this, a player must play customer cards as guests. Not all guests are accessible right away, however, and the Geisha will need advertisers to spread the word about her talents.

Every customer card has requirements that must be met in order to invite that individual as a guest. The requirements are divided into three categories: performance, service, and intelligence. The category ratings are shown on the Geisha card and indicated by a symbol and color. In order to invite guests with higher requirements, advertisers may be played to increase your reputation in any of the three areas.
A player has five options to choose from each turn. 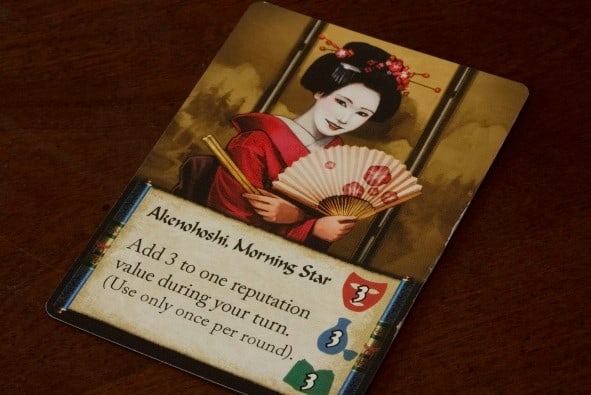 The player takes one of the actions, then passes to the next player. 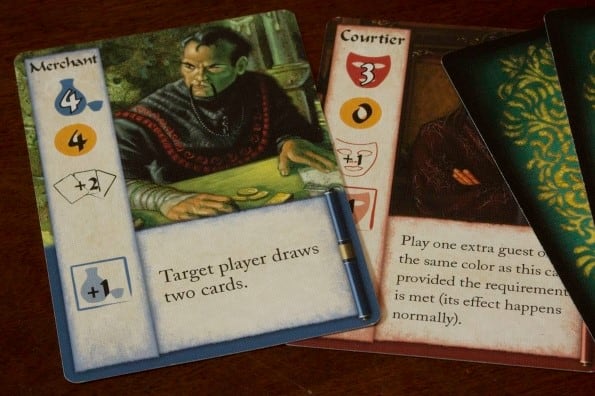 When a player has played his last card as a Guest, the round is over. Points are tallied by adding up the gold values on the Guest cards, then subtracting two points for each card left in the hand. After three rounds, the Geisha with the greatest amount of gold is the winner. She has been recognized as the most distinguished in her craft. 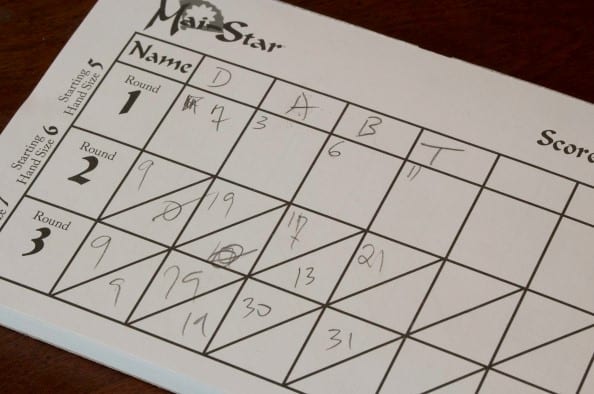 Mai-Star is gorgeous. Not only is the theme beautiful, and one I greatly appreciate for its historical and cultural relevance, but the art on the cards fits perfectly with the theme and mood. The box is small, but eye catching. The cards feel nice to touch.

Game play is easy to understand, though sometimes it can be difficult to decide what to do. Other players tend to have a trick ready, and a wrong move might cost you a Guest or help another player in ways you might not have anticipated.

Mai-Star hits my gaming table regularly. If not every game night, then every other. I frequently have people asking to play it again, and just as often find friends wanting to try it for the first time.

Rarely do I encourage purchase of a game without insisting on a playthrough first, but Mai-Star may one day become the first game I give such a stellar recommendation. Until then, I may not suggest you rush out and buy it, but I will certainly understand if you do. I might even ask to play with you.