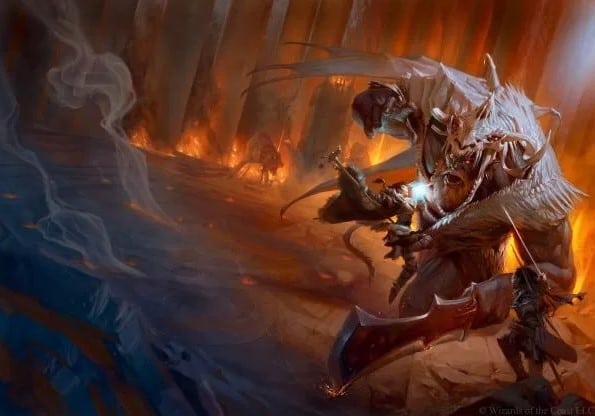 The Odyssey. The Lost City of El Dorado. The War of the Ring. Every generation has its legends. Dungeons and Dragons fifth edition is the legend for a new generation. The new edition was first published in late 2014, and has met with significant success. Given the incredibly mixed reviews of fourth edition Dungeons and Dragons, the new update to the classic role playing game may be what Wizards of the Coast needs to put the property back on the top of the fantasy role playing ladder.

Since its earliest inception, Dungeons and Dragons has been a game that grows, gaining ground and adding content as more and more books are released to flesh out the many worlds and update the rules. Fifth edition is no different. While there are multiple books and supplements available, there are three main publications which form the foundation of the Dungeons and Dragons collection.

There are a few pre-written campaigns available, as well as a selection of smaller online releases players and Dungeon Masters can access to help build their games. Wizards of the Coast has other titles slated for release, as well, and given the trends seen in previous editions of Dungeons and Dragons it is fair to assume we will see a vast expansion of published materials over the coming years.

Changes From 4th to 5th

The changes from fourth edition to fifth are vast. If we’re being honest, comparing the two is basically comparing a squad tactical game to a story driven RPG. It would almost be like comparing Stratego to a Choose Your Own Adventure book. The theme may well be the same, but the games are worlds apart. In short, fifth edition is not so much an update of the previous edition as it is an all new system that draws from all the earlier editions to make a viable new gaming system.

Character creation is streamlined and simplified, without being overly simplistic. Players pick the race and class of their characters as they always have. These choices will determine areas in which the character is proficient- that is, what skills and talents are they particular good at? These areas will gain the benefit of a proficiency bonus that scales as the character advances to each new level. For example, a Fighter is proficient with multiple weapons, but also excels in resisting things that target his Strength and Constitution, making him hardier against particular attacks and effects. The character would also gain two Skill proficiencies such as Intimidation and Animal Handling. Each class has its own list of related skills for this purpose.

Characters also have backgrounds. More than just a great story that tells where the character came from backgrounds now have mechanical benefits in the form of extra skill proficiencies, more languages for the character to speak, or special tools to be used in game. This adds a bit of depth for players who are still getting the hang of writing a character history, and provides a jumping off point for players who are known for crafting their own Dungeons and Dragons character sagas.

Once the character has a race, class, background, and starting equipment, it is time to throw the character to the fray. Typically, one person in a gaming group acts as the Dungeon Master (DM), and crafts the story for the characters to interact with.    If you have played pen and paper role playing games, you’re familiar with this dynamic. The foundation is essentially the same. Success or failure of actions will be determined by rolling dice and adding a modifier from the character sheet, then comparing the result against a target number which represents the difficulty of the action. For example, sneaking through a palace corridor may require you to beat a target number of 10, while striking a well armored warrior with your sword may require you to beat a target number of 17. 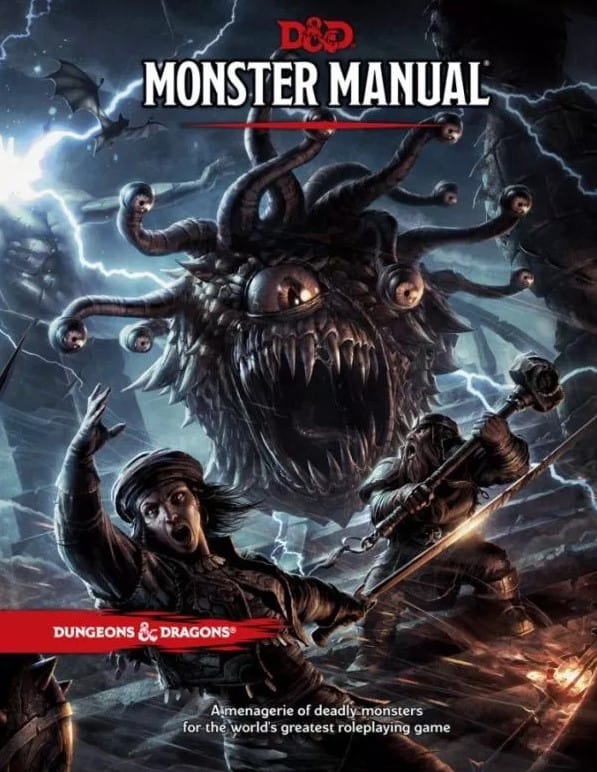 Beyond these fundamentals, the game will vary widely from one gaming group to another. Some groups tend more toward hack-and-slash adventure, in which goblins and orcs fall in droves. Other groups may prefer court intrigue or mysteries that take them into ancient crypts.  Dungeons and Dragons fifth edition focuses more on the story and gives the freedom of creativity that many claim was lacking in the grid dependant, tactical combat game of fourth edition.

Crafting the game, however, is going to be similar from one group to the next. Conflict in Dungeons and Dragons is built around encounters. Encounters, in turn, are built  within the framework of the Challenge Rating system. The mainly applies to the antagonists and monsters characters will face, and is largely based on the difficulty in defeating them in combat. The Challenge Rating of a particular threat will determine the experience point value, and thus the number of individual entities that can be included within an encounter. The overall experience point value of an encounter is determined by the average levels of the party members and the desired difficulty of the encounter.  There is some simple math involved, but it doesn’t detract nor distract from the enjoyment of designing the encounters.

As characters go through encounters and progress the story, they earn experience points. These points are tracked, and at regular intervals the characters will advance to subsequent character and class levels. Characters gain new abilities and characteristics as they advance through the levels, making their way from hometown hero to epic legend.

There is no traditional win condition. It is fair to say that “winning is having fun and telling great stories. On the other hand, some players will consider killing the epic boss “winning and a character death “losing. It is all a matter of perspective.

I have never been a fan of Dungeons and Dragons. It’s fair to say that I have actively disliked it, and only ever played if a majority of my friends wanted to. I would have gladly chosen almost any other game activity than play Dungeons and Dragons. I will admit this was as much due to the groups with which I played, but the system itself also fell short for me. I cannot stress enough how much I disliked the game.

Fifth edition somehow managed to turn that around. Not only have I actually enjoyed the games I’ve played, I am now running a recurring game using the fifth edition system. In fact, my wife, who was as unimpressed with previous editions of Dungeons and Dragons as I was, takes part in the game I run and actually looks forward to each coming session. No, really, she told me so!

I think what really sells me on the game is how quickly a player can get through the setup and start playing. There is a certain learning curve, of course, and if someone is inclined to read every single detail in print, it might take a few days to really get to the meat of the game. But if all a person wants to do is make a neat character and jump into a game, it’s possible to do so rather quickly.

So far I have played six characters across five games, and have enjoyed four of them immensely. The other two were solid characters, but not good fits for the games in which they were played. This is not a problem unique to Dungeons and Dragons, mind you. If a character doesn’t fit the game or group, it needs to be scrapped and replaced with one that is a better fit. What struck me is just how easy it was to do that, and how quickly I got back into the game.

The biggest complaint I have had is not at all indicative of a flaw in the game system. I have never enjoyed straight hack fests, and I have found myself in more than a few over the years. This is just as easy a trap to fall into in fifth edition as any other, particularly in the organizational play known as the Adventurer’s League. What I have noticed that sets this edition apart from predecessors is that the current game doesn’t seem to force hack-n-slash down the throats of the players, and it’s much easier to escape that trap even after the group starts down that road.

All in all, Wizards of the Coast did a great job recreating the property. It speaks volumes that the game designers were able to take someone who actively avoided Dungeons and Dragons and create a fan who actively seeks out chances to play. More than that, I am eager to get my hands on more books! For those of you who enjoy game supplements and setting guides, keep an eye out for the Sword Coast Adventurer’s Guide, which was released on November 3rd.  Hopefully I will be able to get my hands on a copy soon and give my thoughts on the first setting guide for fifth edition. 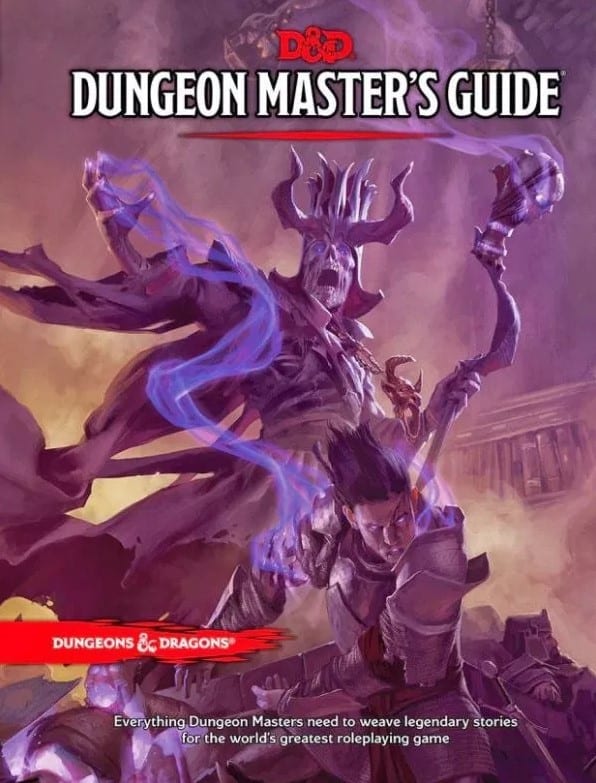 If you are going to get a game going, you’ll want one Dungeon Master and no fewer than three players. Five seems to be the perfect number for a party, though I have had a successful session with only three players present. The balance seems to break down if you go over six or seven players, but that seems true of most pen and paper games.

As for who should play this game, I would recommend it for anyone who enjoys fantasy role playing. The game is simplified without being overly simplistic, and leaves the players to focus on the adventure and fantasy instead of the math and mechanics.

Long story short, if you have always loved Dungeons and Dragons, you’re going to play fifth edition and you’re going to like it. That seems to be the nature of the fan base.  But if you have been uncertain or- like me- actively avoided the game, check out fifth edition. It could very well make you a fan of the game and the setting, and will probably lead to countless hours of great fun adventuring with your friends.