You are reading
Grimslingers Releasing Soon from Greenbrier Games

Not too long ago a Kickstarter was run for a new card game set in a reimagined Wild West. That game is Grimslingers, and after seeing the success of the campaign Greenbrier Games acquired the game to set it into motion with break-neck speed. Game creator Stephen Gibson has been working his fingers to the bone with artwork and final touches, and with that the game has come nearer to its completion than ever. Greenbrier Games will be releasing Grimslingers shortly, and Kickstarter backers should be receiving their copies very soon.

In a newly-imagined version of the old west, passionately called the Forgotten West, darkness is creeping with a tight grip. In this version of the America Frontier the land is cursed and wrought with plague, destruction, and desolation. The place is inhabited now by the damned, the blighted, and the just plain unfortunate. Speaking of misfortune, you’re one of the new residents taking up some dirt. A mysterious being known as the Iron Witch has turned you into what’s called a Grimslinger, an ever powerful witch imbued with magic and metal that draws upon elemental powers to cast all manner of spell and destruction. You’re not the only one, though, and the Iron Witch is seeing fit to have all his new children battle it out betwixt’ one another so that the last one standing will become a proper witch with what to use for his own foul purposes. 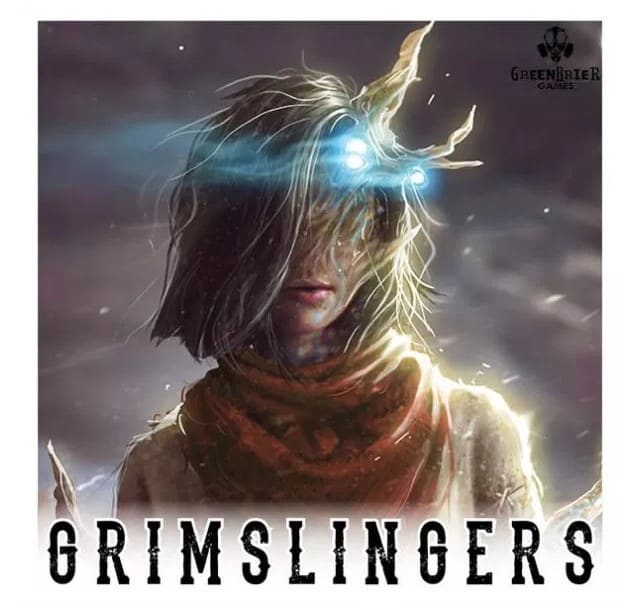 Grimslingers is a sci-fi western card game that incorporates the use of decks that are used in a duel-like style of gameplay. The game comes with two modes: versus and co-op. In versus, players will go head to head in teams or a free-for-all using a wide selection of spells, items and abilities. In co-op, players will work together through a narrative campaign composed of four 60-90 minute play sessions, battling strange creatures, overcoming intense challenges, collecting loot, gaining levels and exploring a truly unique wild west. 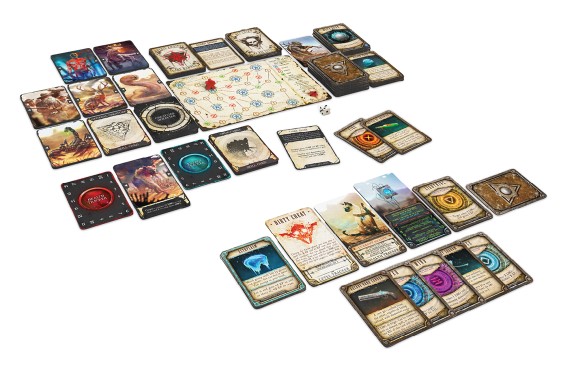 The release of Grimslingers is fast-approaching, and you still have a chance to get in on the game by late-pledging over on the Greenbrier Games site. Through the site you can gain access to the original Kickstarter, which has all sorts of gameplay videos and more at your disposal. I’m pumped about Grimslingers. It meshes two of my favorite things: the Old West and science fiction. Throw in some magic and dueling and you’ve got a game that’ll be hard-pressed to beat. Keep an eye out for more on Grimslingers soon!