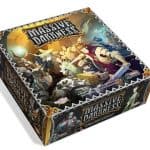 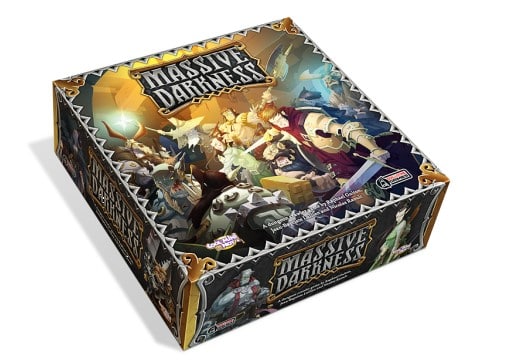 CoolMiniorNot is at it again with another stellar Kickstarter event. The game that’s been teased for over a week is now on Kickstarter and the campaign is already reaching for stretch goals like a lit match in the dark. This new project is for Massive Darkness, a dungeon crawl boardgame with no dungeon master that offers players a rich story, unique gameplay, and experiences unlike other games of its class.

The Darkness that had been vanquished long ago is rallying all manner of wicked creatures to its cause. The legendary Lightbringers who once stood against it are no more, and so it is up to a handful of untested heroes to gather their courage and venture into the dungeons to uncover the Darkness’ plans, and stop them before it can spread throughout the land! With no game master and streamlined rules, players take their heroes on a series of quests to defeat the forces of Darkness. On their way they’ll face many challenges, including a large variety of enemies that range from mobs of evil dwarves to gargantuan demons and spiders. To be victorious, heroes will need to acquire new skills throughout the campaign, find the the best loot to equip themselves, and learn how to use the cover of darkness to their advantage!

The game sees 1-6 players in a cooperative attempt to slay monsters and send the old Darkness back to whatever deep crevice it came from. Throughout the game players will be able to gain new abilities for their characters by choosing from one of many different skillsets, allowing the game much more replayability than most others of the same genre. There is also the chance to pick up some amazing equipment along the way, making your experience memorable and your hero all the more powerful throughout the game. 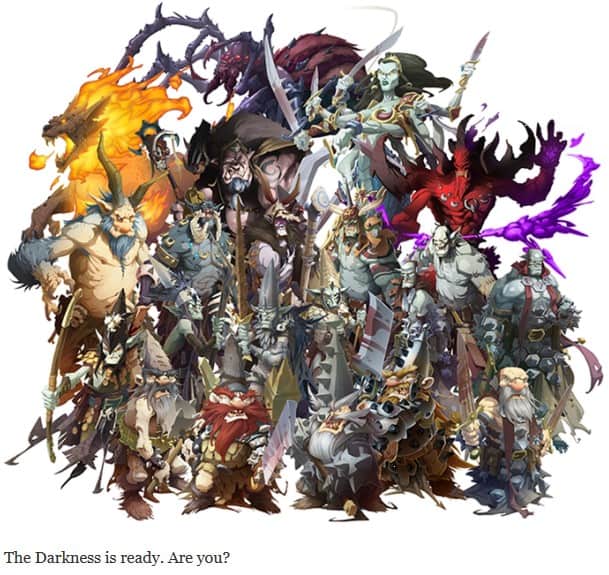 The miniatures look fantastic, as can be expected with a CMON game. The board is made up of different tiles, each with their own brooding artwork that allows for different setups for different scenarios. One word that comes to mind with Massive Darkness is diversity – the types of enemies you’ll face off against is surely not limited, and neither are your choices of where to take your hero. The game even introduces a stealth mechanic that allows you to play down and dirty with enemies that aren’t on their guard. You can pick up a copy of Massive Darkness through the Kickstarter campaign for $120, and it will include a special miniature as well as any stretch goals the campaign announces along the way. Make sure you get over there and grab a pledge while there’s still light left!