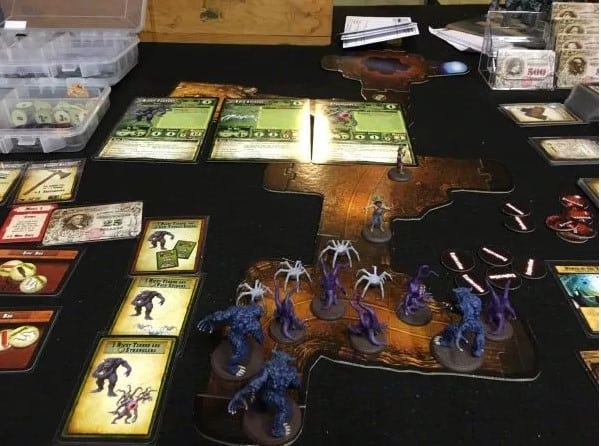 I wish I can say that there was a review in this column, but I haven’t gotten to the self-enforced five plays for a couple of games that I would like to review. That being said, I decided that instead of postponing this column I would just talk about the last couple of weeks and what I’ve played. Add to that a little commentary about Kickstarter and just maybe I can keep you entertained until the end.

Of the Role-Playing Genre

The Dungeon and Dragons campaign that I am the Dungeon Master is still going. The pace has slowed down mostly due to all of the players not being able to get together on the same day or time. It never fails that only part of the group is available for any given day. To that end, my advice is to always define a specific day that you can get together – be it once a week or even once or twice a month. Secondly as the DM, I truly need to get more of the world history completed. This is a self-imposed requirement since I believe that the players are having fun with their limited knowledge of the world and its history. I’ve been working through the world and its history and while I have some things in place, there is always more work to be done. I admit that the major stumbling block currently is the making of the world map. I have the local area map and have even started to flesh out the kingdoms and area around, but I feel like I am at that point that I need at least the major features of the continent prepared so I can truly start making the big decisions on what is going on and where it is happening in the world. Even though it is pricey, I am leaning toward the Campaign Cartographer series. Autorealm is free and can do a lot of the same things, but I have a couple of really cool worlds made from the fractal mapping program and it would port quickly and easily – something that a busy DM like me needs! 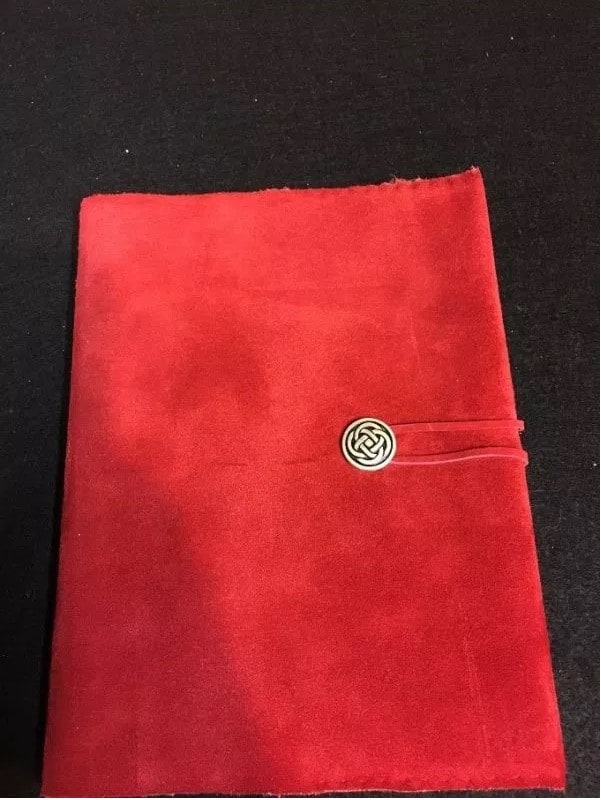 Every Dungeon Master needs a journal to keep track of notes, characters and other tidbits of information for a campaign (leather cover crafted by a friend).

On top of that, my friends and I have started playing a Rifts campaign. Rifts is a RPG by Palladium Books that has been around for decades though you might have never heard about it. The main premise of the game is that magical energy has destroyed the fabric of realty and as such Earth has been plagued by dimensional anomalies (called rifts amazingly). Well, technically I haven’t played in the new campaign yet. I was unable to make it to the first game session so all my knowledge of the game system is from when I was a kid. I’m sure the system has changed in the twenty years since it has been around. Still, I was told by all players that the initial session was pretty entertaining and I’m hopeful that I will have more to talk about after my first session. I do have a lot of reading to do – there are a lot of sourcebooks out there!

Last week, I was finally able to make my Shadows of Brimstone portable – well, kind of portable (it’s a two or three trip event currently). Played it with a couple of friends at the local game store on a Saturday and then hyped it up something fierce with my current group. Due to time constraints, we didn’t play it (played Runebound 3rd Edition instead – a fun updated edition), but all that hype had me wanting to get it back to the table. Since I have a dedicated gaming space at my house where I can have it set up for extended periods of time, I managed to play it eight times (complete with the town visit) in the last week. That game is still one of the best RPG light games on the market in my opinion. I can’t wait for my additional stuff!

All this talk about and games of Brimstone got me thinking about Kickstarters. I have backed a bunch of games in the last five years (and have backed at least five in the first quarter of 2016), but how have I done playing them? Have I gotten them to the table enough to justify the cost I paid for them? I must say starting out that I have been blessed with not backing many stinkers over the years. I admit that there have been a couple of them that didn’t pan out as I had hoped and perhaps a few that are good games that will never make it to the table with my current gaming outlook, but as a whole I’m happy. That being said, I decided to take the highest backed games in terms of price from over the years and figure out the number of times I have played them. That gave me a “Cost per Play? value which I would have liked to see that number in the high teens to low twenties. After the calculation, the numbers aren’t as good as I hoped, but overall they aren’t that bad either! Here is a baker’s dozen of games and how I have done over the last 5 years of Kickstarters. As you can see, most of the games that I kickstart are fairly pricey, have a lot of add-ons, and I feel like I need to complete my game – even before playing the first play on some occasions.

It is obvious and sadly I already knew that two player games don’t get played as much as they should (the DreadBall series or Deadzone games are a key examples of this). Why I have backed so many is anybody’s guess because I can’t figure it out myself. Thankfully, I have wised up over the last few years making sure that the game is not a two player game before I commit to it. Add to that fact that most games now are cooperative that also allow for a solo gaming just to give me the best possible chance of getting them to the table. If you look at the above list, most of the games that still have a high cost per play are either only a couple years old (which I admit shouldn’t be an issue) or it is a two player game. 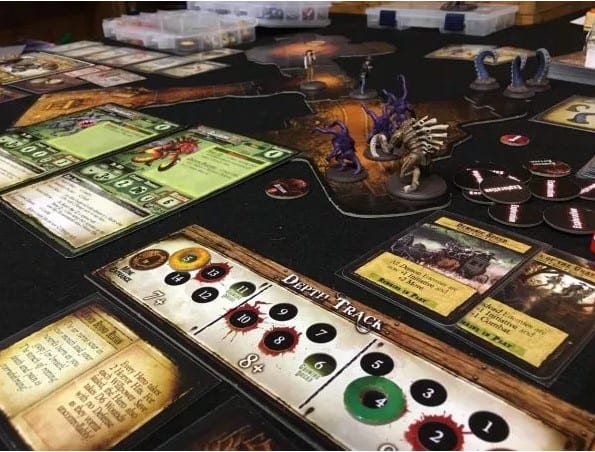 The Law Duo – The smallest mine this side of Brimstone!

In the end, this is a perfect basis for all games in one’s collection. If you buy a fifty dollar game, but only play it once, did you really get the needed worth from it? Though I admit that cost per play is quite misleading in of itself. A better judge for this would probably be cost per hour – Escape from the Cursed Temple is only a 10 minute game. That means those 34 plays only contribute to a little over five and a half hours of gaming (putting it at 13.24 dollars per hour – well within what I would consider a decent price but not as low as what the above table suggests). Another extreme is a full game of Siege of Jerusalem – normal time for a campaign game is around forty hours long so paying hundred dollars for it puts it at a mere 2.50 dollars per hour even if you only get a single full campaign game in. Paying 10 to 20 dollars for an hour of enjoyment – not a bad price for entertainment these days!

I guess I need to get the whole Zombicide game franchise onto the table a whole lot more! It is definitely the anomaly on this list since I really like the game, but its plays are abysmal…