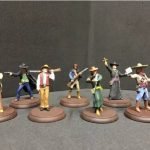 You are reading
Back to Brimstone – Completing My Set

There has been a lot of talk of Shadows of Brimstone on this site – 25 posts to be exact (I checked). It is a great story driven game that is definitely one of my favorite “dungeon crawls”. I was able to pick up my copy of the game at Gen Con 2014. Since my first game was on September 3rd and Gen Con that year was in mid-August, it took me about two weeks to assemble the miniatures, learn the rules and get it to the table. There was a flurry of games right after that (eight to be exact) and then the game was put on the shelf. Part of that reason was, in order to complete all the other games for my collection to complete all games in 2014, I needed to move on – otherwise I wasn’t going to complete my mission! 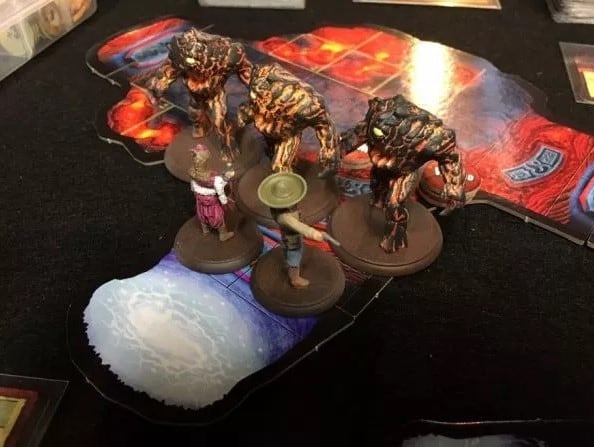 Sadly, that doesn’t explain why I didn’t get many games of it in 2015 (two) – as far as I can tell there are two main reason for the lapse of playing this game. The first is that we had a posse and all those players weren’t able to make it to the gaming night so I kept waiting for the perfect mix of players before bringing it out again. The second is that I was basically shamed into painting all the miniatures and I am not a fast painter (about a miniature an hour at this time). So while I tried to get all the painting completed and figure out a storage and travel solution (my gaming group doesn’t play games at my house so it needs to be mobile), the game sat for most of the year unpainted and unplayed. 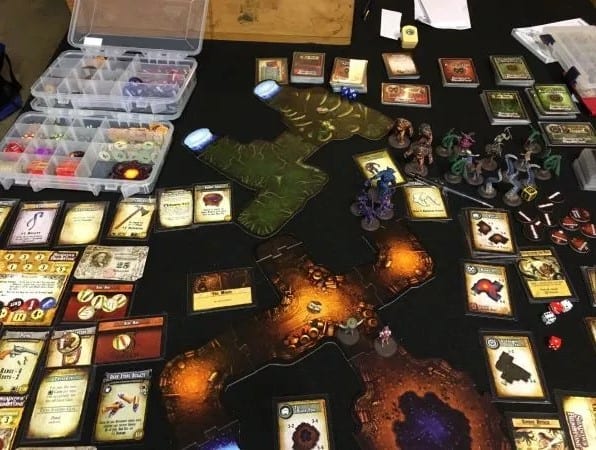 This game can easily full a 4ft x 4ft table!

In light of the new stuff from the Kickstarter on the way (hopefully sooner rather than later), I wanted to get everything completed and ready to go for the new stuff. If I let it continue, I would get so far behind that I would never catch up (that’s where I am at with Warmachine/Hordes, Myth, Super Dungeon Explore & Zombicide) so I got painting. The temperatures of this past weekend were finally high enough to clear coat the rest of the Shadows of Brimstone miniatures that I own – a total of 76 miniatures. Once the clear coat was finished drying, I couldn’t help but get this game back to the table. After the last play (sadly late 2015), I went ahead and just combined all decks from both main sets. In honor of the new stuff purchased at Gen Con 2015, I figured it was time to start a set of new characters – a bandido and saloon girl. 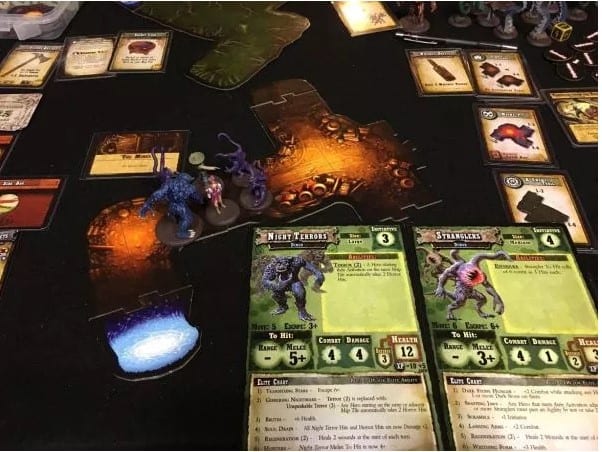 Ambush attack – after our heroes found themselves back from the swamps – what nightmare is this?

After two adventures (both of which were simple dark stone grabs), Bonnie (the saloon girl) received a gouged eye injury that was thankfully cured with an artifact found in the swamps and Clyde (bandido) had a mutation which was cured by the doctor in the second town (the battle with Lava Men did not go well and the first town suffered). They haven’t found much in terms of loot or anything, but both games were a bunch of fun – even if they were played solo. Both characters are now level two and well on their way to being famous (even if Clyde has a mere 8 total sanity after losing 4 permanently – thank goodness for a well-cared for hand mirror). Mixing the two main sets together led to additional searching for the individual map tiles, but other than that, there wasn’t any major issues (though the gear, mine encounter and mine artifact decks are super huge – be warned). 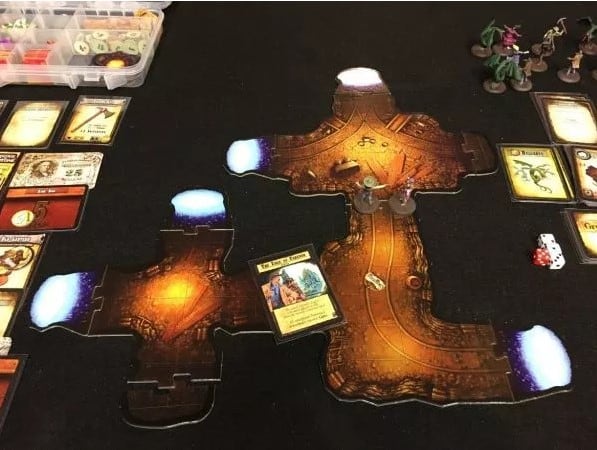 Seems like we will be traveling to a different world at “The Edge of Forever”!

My game is upgraded to the n-th degree. All miniatures are painted (at the moment, I have a lot on the way since I purchased the Minecart level in the Kickstarter) and I have additional cards to make gameplay easier (like money cards, character ability cards and town item cards), file folders that make finding the map tiles quicker and a couple of card holders to organize all those card decks. This is the first board game that I have specifically purchased non-expansion add-ons to enhance the gaming experience and I can’t say if it is worth it. It really does makes things easier in the long run, but are the extra costs worth it? In the end, that is for you as an individual to decide. For me after two plays, it has helped with all the storage and the like, but the true test will be when I need to transport it for a game with my normal gaming group. I am still working on a storage solution for all the miniatures – I have foam and containers but just haven’t finished it yet. 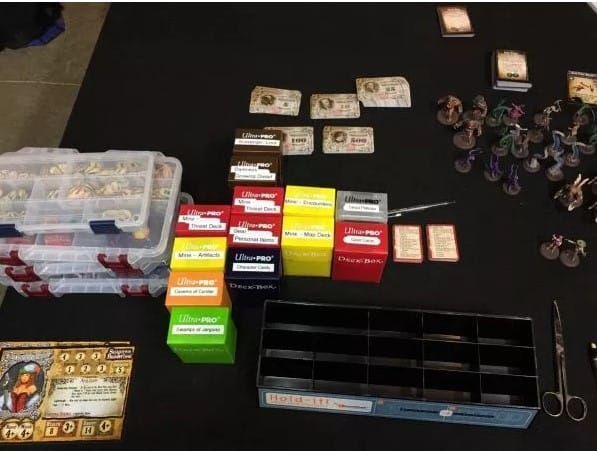 There is something to be said for a fully painted game. It is super pretty to look at!