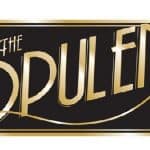 You are reading
Kickstarter Preview – The Opulent

One of the most famous period of American history was the prohibition in the 1920’s, in which many speakeasies were formed. From the creators of Regnum Angelica comes The Opulent – a cooperative game for 1-4 where players recreate what it is like to run a speakeasy during the 1920’s.  The Opulent brings forth a fun approach to board gaming in which all players are working towards a common goal, but each role has its own set of rules.

In The Opulent, players control various “stations” or roles, including The Doorman, Bartender, Band, and Club Manager. Each station has rules specific to their job, giving players a feeling of importance, and their own priorities to see to. In The Opulent, patrons will visit your club, including Mobsters, Celebrities, Aristocrats, and Politicians. There are 60 unique club patrons, and each has their own bio to submerge players into the America of the 1920’s. The game includes campaigns that take you through historical events and the real struggles of running one of these underground clubs.

At any time, agents can infiltrate your club and arrest your patrons or seize your earnings. However, if the Club Manager does their job, you can stay in the know and prevent these problems. Upgrades can be purchased for your club to carry over into future campaign modes as well, and they will take you from 1920-1929. Stretch goals include upgraded meeples, larger reference cards, actual drink recipes, wooden dice, score pads, and more. There are also social media stretch goals including new cards and locations. 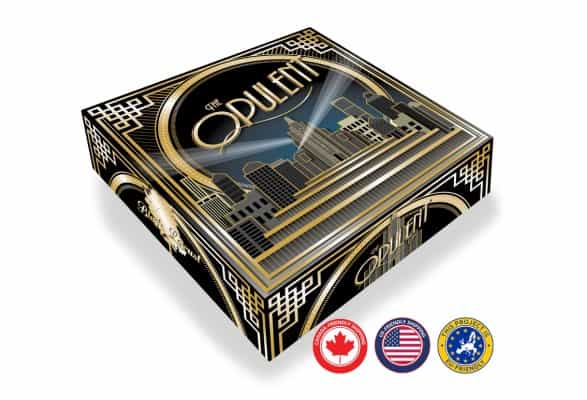 The Opulent has lots of potential for replayability since each game will go differently, but with the campaign mode, you could play over and over, and in different roles. And since the rules differ for each station, this makes for a game that will often be pulled off the shelf as you experience it in a whole new way. Black Locust has once again designed a visually stunning game that plays smoothly and is easy to pick up and teach.

The guys at Black Locust Games have one successful Kickstarter project under their belt and can deliver a fantastic product. They are asking for $16k to complete The Opulent, and the Kickstarter ends on March 6th. A pledge of $45 will get you a copy of The Opulent and all the unlocked stretch goals. Check out the Kickstarter page for other pledge levels and step-by-step videos from the creators on how to play the game, check out the current draft of the rulebook, and more!