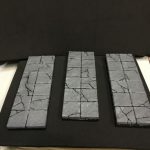 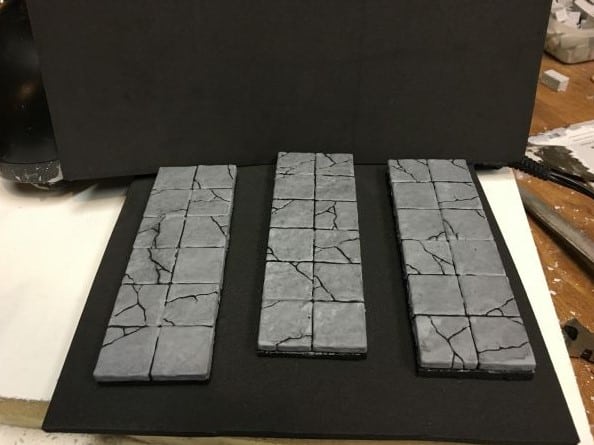 It’s a new year and I’m back to what I hope will be a semi-regular column. I never came up with any definite plan for 2015 which actually worked for the best. For those that don’t know, I played all of my board games in 2014 – 125 of them. It was a pretty cool experience and I am super glad that I did it. The only issue is that there were many games that just didn’t get played or really good ones that just didn’t make it back to the table due to the crazy schedule that I was forced to keep if I was to accomplish it. Perhaps it will be better if I started 2016 with an actual plan – something to accomplish and work towards. Maybe I’ll have something tangible in my next column.

At the end of the year, my wife and her friends (admittedly, a couple of them are my friends too) wanted to play a game of Dungeons and Dragons. None of them had played RPGs before, but the rulebooks were bought and all of the would-be players were pretty excited. The group was working on character selections and everything, but there wasn’t anyone experienced to take the mantle of DM for the first game (though someone said that he would try it). My wife suggested to the group that I could run the first one. So in a moment of inspiration (craziness), I told them that I could run it. I admitted that I was a bit out of practice, a couple of editions back (I played mostly 3rd edition and they wanted 5th) and not at all the best DM out there. That being said, I did know a bit about being a DM and I knew the basic rules of D&D and RPGs in general. Given a little boost and perhaps a couple of answered prayers, I was confident that I would have a decent adventure and game night when it was all said and done.

A week later, I had the needed rulebooks purchased, read and read again. I created a simple area map (it was created from a free map making program online – Profantasy software is awesome, but also expensive), a bit of knowledge of the surrounding area and a simple but effective dungeon to explore.

Campaign Background: The players are in Black Stone Crossing – a simple town where most of the workers and artisans who live there work the nearby stone quarry. The characters were all members of society/club that caters to adventures and their ilk (like the Masons but for adventurers) and while staying as guests in this guildhall, they basically met each other. There was talk of a dying forest (one that was supposed to be protected by a long dead druid) and the local population hoped that the characters would explore the area, find out the cause of the eerie death of the forest and stop it if possible. It took the local guild master giving a bit of his hard earned cash and well as a full month’s membership to the club before the players would check it out, but I’m not going to complain. 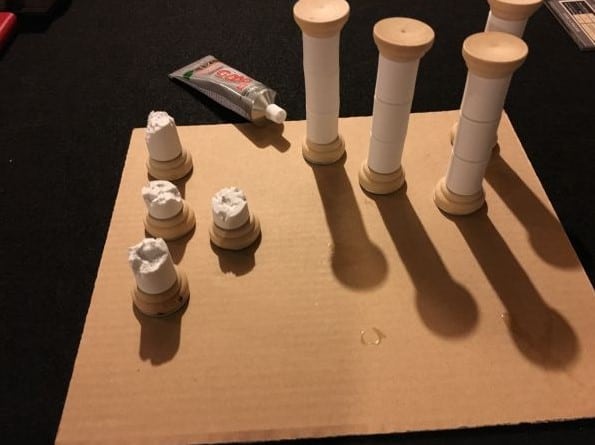 A quick trip to the local craft store and some simple gluing and a set of pillars are created.

I’ll admit, I was pretty worried that people were not going to like the game – these were new RPG players and I was their first foray into the hobby. What if I screwed up and everyone hated it or some such? In the end, everyone had a great time (at least that’s what they told me) and we set up an additional game in the future. That one is also done and we are currently looking to adjust schedules and the like to get a set day (or two) in a month for a regular gaming sessions. I haven’t played RPG games in a while and having an outlet of creativity is pretty nice. Doesn’t hurt that I have about a fourth of my gaming area dedicated to RPG games, books, miniatures and terrain.

Before I go any further, I didn’t have an issue with 4th edition Dungeons and Dragons. I know a lot of people did and that it made more than a fair share move to the different systems that were available. I only got to truly play it a couple of times, but it’s the basis for the board games which are decent standalone games. I’ve heard that the edition stymied creativity and role playing, but I can’t be sure of that. The combats that we did were entertaining, but it was like we were playing a board game with expandable characters. Now, 5th edition is a sleek and fun system. I must admit that I was leery while reading the rules and pouring over all the classes, information and the like. After playing it, I like this edition a lot. I believe that this system gives enough structure to the game without completely drowning everyone in rules. There are a few things from 4th edition that remain, but those are minor in my opinion and fit into the system. If you ask me if you should return to this system and try it again, I would definitely tell you that you should. The rules are there to aid in the role playing but give enough structure to a rules lawyering board and miniature gamer like me.

Since I mentioned the D&D board games; once I completed the Pathfinder Adventure Card Game – Skull and Shackles (it took 68 plays to complete the entire 35 scenario adventure – it’s a long story), I decided to finish off the 2015 year completing the first Dungeon and Dragons board game – Castle Ravenloft. I admit that there are a couple of things that I don’t truly like about the game series (the idea that most monsters surprise the heroes isn’t one of them – it’s their lair and most adventurers are too concerned with shiny objects than making notice/perception checks), but there is a decent game in each of those boxes and I can’t recommend them enough. My enjoyment of the first in the series with the help of a couple of rule explanations from the FAQ and the people on Board Game Geek made me set up the second game (Wrath of Ashardalon) once I had completed the first! 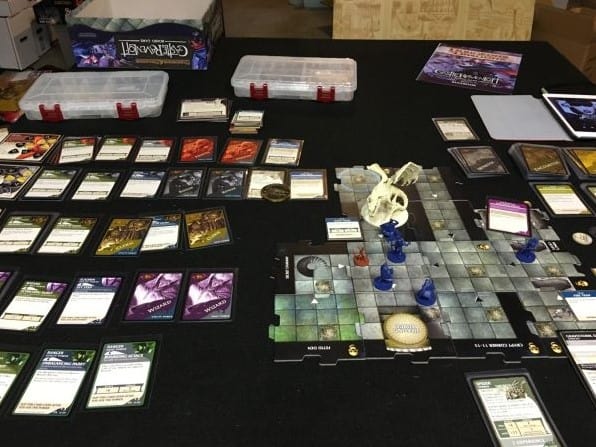 Perhaps that should be my new goal: complete a campaign from a game each month. It would be stressful to be sure, but not as lofty as my last mission.