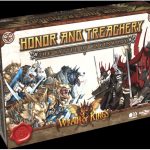 You are reading
Cool Mini or Not Announces Wrath of Kings Two-Player Starter Set: Honor and Treachery 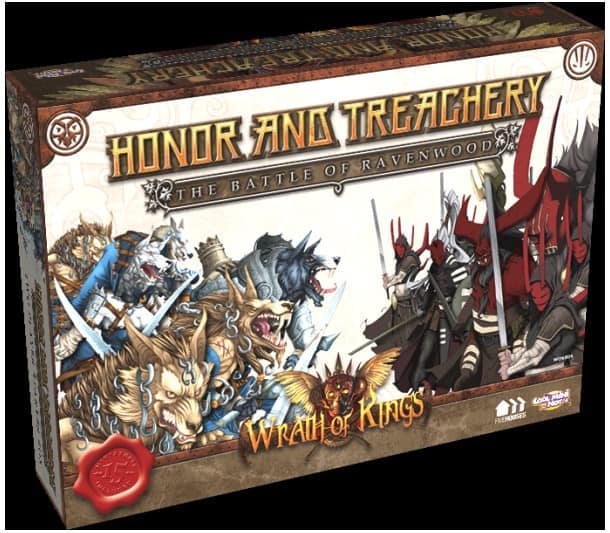 Starting off the new year in an exciting way, CMON (Cool Mini or Not) has just announced a two-player starter set for their Wrath of Kings miniature wargame called Honor and Treachery: Battle for Ravenwood. The starter set will include models from both House Goritsi and House Nasier along with their stat cards and some rules for quick play. It’ll be the first two-player start set in the Wrath of Kings line.

Wrath of Kings released in early 2015 and had an amazing Kickstarter run to support it. The game uses a d10 system that makes combat quick and easy, and the focus is more on strategy than all-out assaults. The game includes 5 different factions, each led by a ruler attempting to take their own seat at the throne of the Ancient King. Each faction has a different play style and plenty of lore describing their motivations for wanting to rule the continent.

I am extremely excited to hear about this news because I picked up the rulebook to Wrath of Kings in late 2015 along with some other CMON games (I’m becoming quite the CMON fan as of late.). The rules for the game are easy to follow, and the d10 system is quite unique. Each of the 5 factions has a large entry in the rulebook that is played out as a part of an overall narrative, giving you insight into each faction’s motivations. The story is fantastic and, when combined with the game’s easy-to-learn ruleset, makes for a refreshing new wargame to take part in.

Honor and Treachery: Battle for Ravenwood will contain 15 different models from two different factions. Players will have the choice of the katana-wielding House Nasier or the swift and dangerous werewolves of House Goritsi. You’ll also get a set of quick play rules, terrain templates, and a set of dice. Everything you’ll need to get playing is in the box, so you’ll just have to grab a friend and go! The two-player set will be available starting March 12th, and it’ll retail for $59.99, which is a great price considering starter boxes for a single faction run about $69.99 a piece. Check out the official Wrath of Kings website for more information on the game, its factions, and to see battle reports already recorded. Which House will you choose? 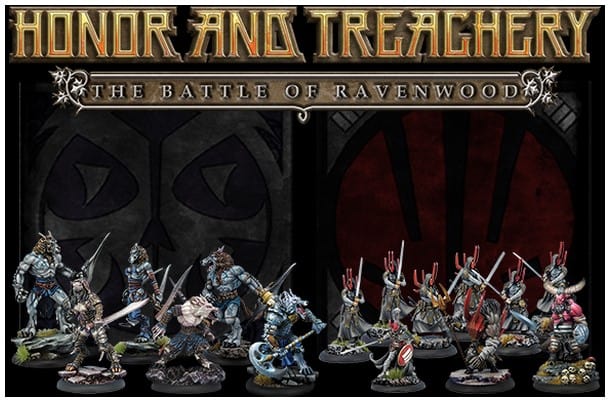