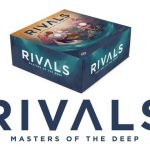 You are reading
Rivals: Masters of the Deep On Kickstarter, Sailing Through Stretch Goals 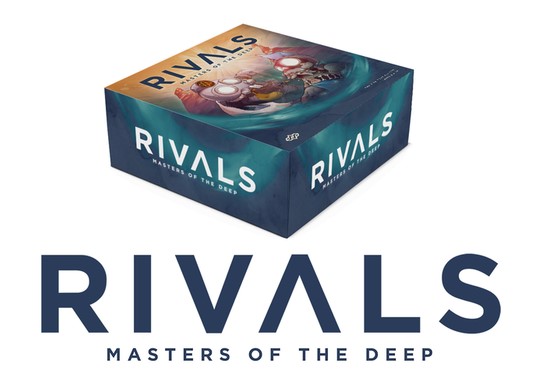 Mashups can be a tricky thing, especially when it comes to the gaming world. Tell that to Chase Layman, though, and he’d tell you it’s not as dangerous as it sounds. After all, he has been working hard for some time now on a mashup of steampunk and what seems Cthulhu-esque and it’s worked out like a charm. Of course I’m talking about the new game Rivals: Masters of the Deep that’s just funded itself via Kickstarter.

Rivals: Masters of the Deep is a tactical board game for two players and up set in the murky depths of Lurk. Players control either the forces of Cog or the Nautilus, build a fighting force capable of the most massive destruction, and set out to drown their opponents in despair.

Deep within Lurk lie the villages of Nautilus, tentacle-bearded nature lovers who do their best to live in peace. Underneath these villages, however is a huge deposit of UnderAether – a precious mineral that could power cog factories and support the Cog way of life for centuries! Obviously this precious ore has caused a rivalry between the Cog and Nautilus for longer than anyone can remember, and now the battles come to life on your tabletop with Masters of the Deep. 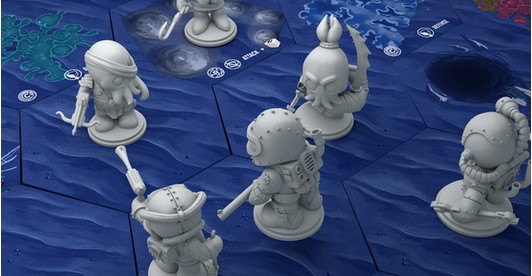 Each faction has a set of heroes to choose from, each with their own special ability. Choose your faction, select your hero, build a fighting force and get to battle under the murky waters. As you move about the board, you’ll interact with certain spaces of the board itself. Nasty creatures lay in hiding, waiting for the perfect second to snag a meal. You’ll need to be careful under the waves as it’s not just your opponents out to get you.

Rivals: Masters of the Deep looks fantastic. It’s a perfect mashup of steampunk and what I find as Cthulhu-esque imagery. The miniatures for the game are all 40mm and contain a huge amount of detail. The Kickstarter is still rolling, and for $85 you can snag a full copy of the game with all stretch goals included. For an extra $60 you can get a full set of miniatures on the side to show off and add more to your battles in the deep.

I’ve been following World of Rivals for some time and I’m insanely happy to see their project received so well. This is a game I’m definitely holding out for and you don’t want to skip it. Head over to the Kickstarter to put Dow a pledge, download the rulebook, and get schooled on all things Rivals.