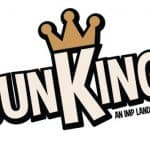 You are reading
Kickstarter Preview – JunKing 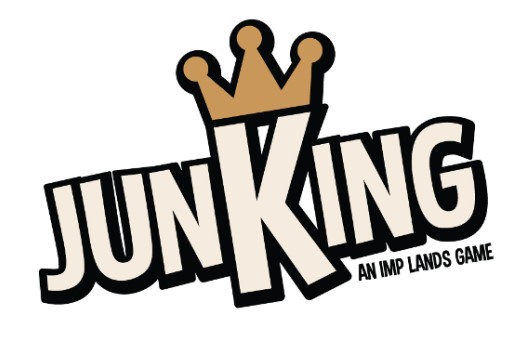 JunKing players rummage through the garbage dump, going through lost microwaves, skateboards, unicorn masks and spiders, to become the first player to find the crown. Designer of the game David Gerrard said he was trying to make a game with a shared common deck that actually had strategic depth. The deck that everyone is drawing from represents the junk pile that players must go through to look for the crown.

As players get more cards they’ll give themselves mounts, helmets, and items that will help their character. Players score points based on the amount of cards they throw into their hoard, the items they have equipped and if they got to the crown card first. The game can be played with multiple rounds with a set point goal because it only takes 15 to 20 minutes for the players to get to the crown. 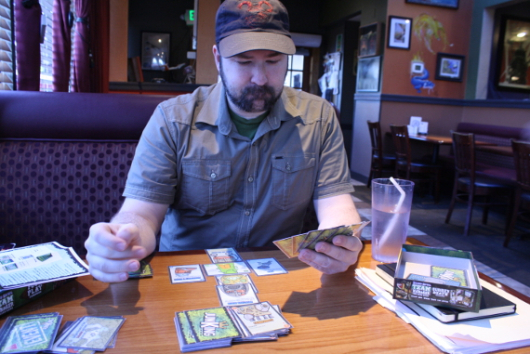 “The speed is a huge thing, because to be able to play a game that has strategy that you can play in under 15 minutes is big,” said Gerrard. He says JunKing is not trying to be one of those two-hour games. “I’m not trashing on those, that’s all I do all day is play those kind of games, but I think that people appreciate quicker games sometimes,” he said.

Gerrard wanted to make the game quick and simple, but keep intact elements of strategy that make the game interesting. Because there are different character cards, event cards and item cards that change the game, players will always have to think about how to respond, he said. “For example, there’s a character that steals from other people, so when that guy is in the game everybody has to start playing differently,” he said. The order of the cards can also effect the game, making some cards not show up or show up too late to matter. “Even though we’re playing the same game, each game is very different because of the way everything is ordered.” 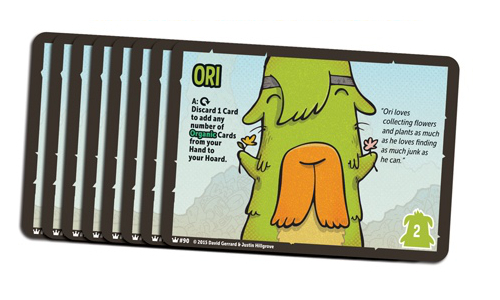 The junk pile is filled with the same cards every game, so the more you play the game the more you’ll recognize what each card’s role is and when you should be playing them, Gerrard said. “As soon as that deck hits the halfway point, it’s on like Donkey Kong essentially, and everyone starts to play different cards,” he said. Just one new piece of information is enough to change how people play though, he said. “The mark of a good game to me is that you can draw one card and it changes your mind about what you’re doing,” Gerrard said. 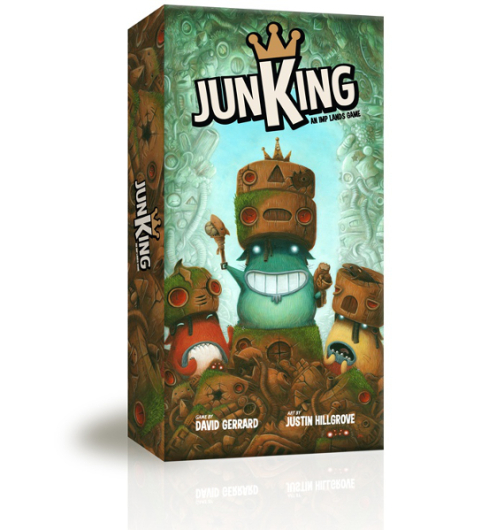 Gerrard was actually inspired to make JunKing in part because of his kids as well and made the game to play with them, but still be a game that can be played without kids and enjoyed just as much. “It’s a hard balancing act for me because I have to say, ‘no this is a game you can play, but you can also play it with your kids,’” he said. Basic reading ability is necessary to play, but Gerrard said his seven-year-old has played the game successfully. Gerrard lost the game his first time against one of his daughters as well. “She totally lied to me about what she drew, which the ability to bluff is something I’ve been teaching them so that kind of worked out,” he said.

The game’s whimsical and humorous tone are also funny, even if they have to stay PG-rated. The art by Justin Hillgrove pops out of the cards with a cartoon style that works well with the theme. “I wouldn’t say the style fits my game, I would say definitely say I made my game fit his style,” said Gerrard. 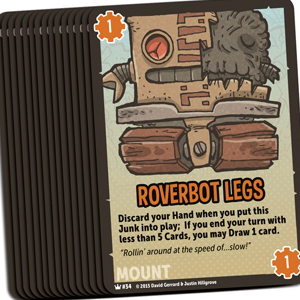 The humor is evident elsewhere as well, such as the card. The thrown-away sandwich which only has a bite taken out is the “Perfectly Good Sandwich.” The imps of the game world aren’t familiar with human items so they come up with many odd names for the cards as well. A banana is a “Yellow Stick ‘Em Up” because “everybody grabs a banana and acts like it’s a gun,” said Gerrard. Flavor text for mattresses that “smell like compressed toots” or microwaves that have a “totally gnar 360 defrost” add to the silly nature of the card’s. The JunKing Kickstarter will also be holding flavor text contests for some of the remaining cards without flavor text.