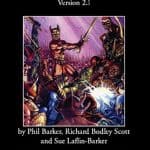 You are reading
Obscure Game Number One: Hordes of the Things 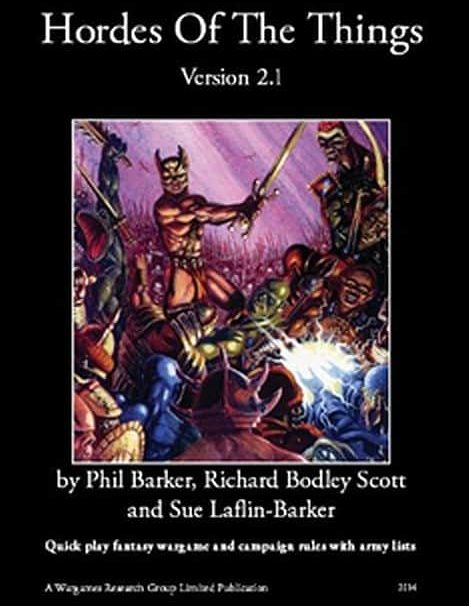 In response to my last column I got thinking about those games that I own that might be pretty obscure. Most of these obscure games in this list will be miniature games. This first game, I remember it being called a wargame – mainly since most of them dealt with historical settings throughout the ages. Most often I played games in the America Civil War and Napoleonic Wars eras. I would say that was mainly due to the gaming group that I hung out with a couple of decades ago (They were and still are the 19 and 1 gaming group based out of Indy. I recommend playing in their games at Gen Con if you go – most are pretty enjoyable). Each member of that group had a specific game that interested them and thus they had everything needed to play their game of choice. I remember that we ran through the entire first day of Gettysburg one weekend. The gentleman that was hosting had all the needed figures for the game – a game that took up a full 12 foot x 4 foot board! Hundreds of figures per side.

It was during that time when a friend wanted to play a game called Armies of Arcana, a mass fantasy combat game in 15mm that sounded like a nice change from the standard 25/28mm fantasy games at the time (I was just out of college and barely had money to do anything). I bought enough miniatures to have a decent army in that game and got them painted and based (individually I might add). We played once before the guy got a different job and moved away. I still own that original book somewhere in the basement.

Moving forward to 2013, a couple of friends and I started playing DBA (De Bellis Antiquitatis) which simulates ancient and medieval wargaming from 3000 BC to 1485 AD. After playing for a couple of weeks, I wanted to convert my Lizardmen army for the fantasy equivalent of DBA – Hordes of the Things (HOTT). Both games are similar, so I will just talk about HOTT. In HOTT, each element for the battle is a stand of troops  (it could be hundreds of troops en masse) and players get a mere 24 points to spend on their army (most elements are 2 points apiece, but some are 1 and up to 4). That gives a player between 8 and 20 elements for their army. 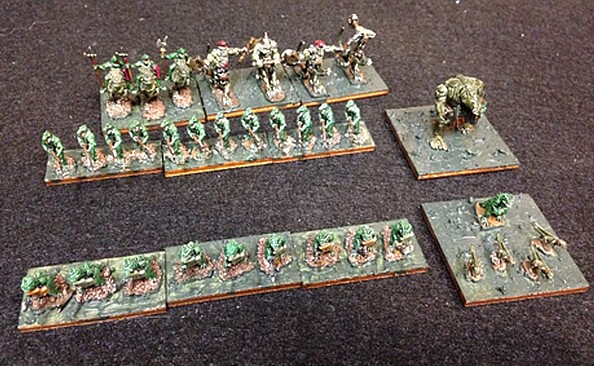 Hordes of the Things – A selection of my only HOTT army – Lizardmen.

On a player’s turn, a single d6 die is rolled to determine the number of PIPs or command points one gets to move their troops. If both the front and side edge of a stand is adjacent to one or more stands, that group can move for a single PIP. Once all PIPs are spent, combat occurs – each player rolls a single die and adds their combat strength, subtracting overlaps. There are a few rare match ups that break this rule, but for most combat an element is destroyed only if its combat value is doubled otherwise the defeated element is pushed back. Once an element is flanked it is destroyed if its combat value is beaten (maintaining a battle line is very important in this game).

My complete Lizardmen Army – As of the second edition printing, I have over 100 points of elements – a standard army is 24 points. Yep, I have enough for 4 full armies with elements to spare.

If you are looking for a good mass combat game with blocks of troops without the need to spend hundreds for an army, I recommend Hordes of the Things. The lack of many troop types and racial differences can be a deterrent, I admit (for example: any decently armored and armed, well trained troop no matter its race is considered a “blade”). If you play in 15mm, you can get the approximately 50 figures needed for an army at around 50 to 60 dollars – not bad for full army these days!

Played a game of Sheriff of Nottingham this week. That game is a great mix of bluffing and deal-making. If you haven’t had a chance to play it, I can’t recommend it enough. I am really interested what the next game will be in the Dice Tower Essentials line since this one is awesome. A quick search on the web told me that this is the third game in that list – perhaps I should check those out as well.

Another great game played was Rampage, which is now called Terror in Meeple City (a fantastic name). This is an interesting dexterity game about destroying buildings and eating meeples as large monsters. What is not to like about this one? The rules are open for interpretation, but that doesn’t bother me when playing. Some games, you shouldn’t take all that seriously.

The Kickstarter for Myth completed this weekend. At the last minute, I decided to increase my backing to include the stretch goals. In the end, the amount of free stuff was too good to pass up.  I have been told and I admit that I have a Kickstarter problem. The mix of tons of stretch goals and the dungeon crawl setting is just too much for me to pass up. Again, if I could find the perfect dungeon crawl I probably would stop buying them.  I do need to print out the new edition of the rules and use them for some games (if that is possible with the first edition stuff).