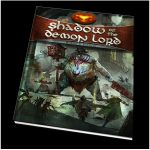 In a land sliding toward oblivion, you embody a hero struggling to survive. The world as you know it is on the brink of an apocalypse, and it’s all at the hands of the Demon Lord. Though he remains outside the cosmos, his horrors are set upon this world, signaling the coming of his unholiness. Nefarious creatures, untold nightmares, and devious plots lie in wait to trap the weak-willed. Do you have what it takes to stand against this Lord of Darkness and reclaim the world as you know it?

Shadow of the Demon Lord is an upcoming tabletop RPG written and designed by Robert J. Schwalb. The game infuses the fantasy genre with elements of horror, creating a brand new world to explore. You take the role of a heroic character caught up in events to help save the world from darkness, as His Unholiness is nearing his entrance to this earth. You’ll need to band together with others to stop the Demon Lord’s blight, and hopefully you can send the monster back from whence he came. 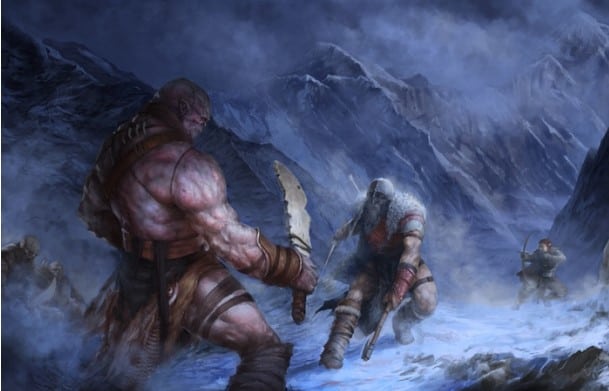 Focused on more of a storytelling mechanic, the game’s system allows for fast gameplay, simple resolutions, and plenty of action. The GM decides whether or not an action succeeds, and if he/she’s on the fence it can come down to a die roll. Building a character takes no time, and a full adventure can be played out in 3-5 hours, which usually equates to one game session. Players advance in level at the end of each session, making their progress quick and deadly. Choose your character progression through the actions you take and the way you carve a path through adventures.

The game is currently being funded through Kickstarter, and it’s got just about 17 days to go. Luckily the campaign is already funded and now it’s busting through stretch goals like there’s no tomorrow – and if it were up to the Demon Lord there wouldn’t be. The artwork looks fantastic, and we’re excited to say that Patric Parker, the genius who helped design our new logo and look, is helping out with the design work on the game. Over 700 backers can’t be wrong, and Shadow of the Demon Lord offers a new look at dark fantasy on the tabletop. Take a look for yourself by heading over to the Kickstarter, and make sure you back the project while there’s still time. We need all hands on deck to help drive His Unholiness back to the cosmos!