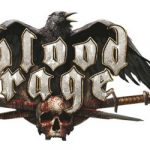 Blood Rage has grabbed my attention for the pure fact of: Vikings. Who doesn’t like Vikings? Lets be honest here, they are interesting, cool looking, and their miniatures? Kick-ass. Blood Rage is a Viking board game by CoolMiniOrNot which currently being crowd funded on Kickstarter. Blood Rage is considered to be a fast-paced, but highly strategic game. You’re looking at around 60-90 minutes per game. Two to four players can take control of the viking clans, where they will be able to invade, pillage as well as battle in a quest in order to gain as much glory as possible before Ragnarök consumes the land. The four clans are: Bear, Raven, Serpent and Wolf. In Blood Rage, each player will control their own Viking clan warriors, leader, as well as their own viking ship. Unfortunately for these vikings, Ragnarök has come, and the world is coming to an end. So of course, in true Viking manner they need to do whatever they can do to earn as much glory to secure their place in Valhalla at Odin’s side. There are many ways they can earn glory. They can invade and pillage the land for what rewards it may offer. Then of course there is always crushing your enemies in a glorious battle. Fulfilling quests as well as increasing your clan’s stats… and even dying gloriously in battle or even from Ragnarök itself are all ways to earn some glory for your clan.

There are three rounds which are known as Ages, at the beginning of each round the player draws a “God’s Gift” card, which will ultimately determine how you play throughout that Age/Round or the game as a whole. Most cards are aligned with one of the Norse gods, which will give you an idea of what kind of strategy you should play without leaving too much of a guessing game. Sometimes it is not about picking fights and winning battles that will allow you to get the most glory. It is completing your mission, doing some pillaging that will reward the most glory. Keep an eye out and really look at what strategy will be most rewarding. After each Age (round) your clan that were sent to Valhalla return to you, and you are able to start again until Ragnarök destroys everything, and we are left to see which clan has the most glory and deserves their permanent spot in Valhalla next to Odin’s side.

You may be as interested in Blood Rage as I am, and if you are then the next thing you are wondering is “where do I send my money?!” Well, first I must inform you on what you will be getting for your money! Currently Blood Rage is on Kickstarter, and there are two ways you can pledge to get your copy of the game, plus some other fun things that might not be offered after their crowdfunding ends. There was an option to pay $70, but they are currently sold out of that option! So now you can only pledge $75 and you get Ragnarok, Blood Rage Core game, exclusive wolf man monster, and all of the unlocked stretch goals. At the time this article posted, the stretch goals have all been reached.

Now we know what we are spending… But are we getting for our money? Well… actually, they are offering quite a bit considering their pricing and they are still giving more via unlocking stretch goals! For their base model (without the stretch goals) you are looking at receiving 46 highly detailed miniatures, 52 colored plastic bases, 99 cards, 4 clan sheets, 36 cardboard tokens, 4 plastic glory markers, 1 game board, 2 support sheets, and 1 rulebook. Considering all of the miniatures and everything else included in the game I think it is well worth the pricing, and then on top of that you get even more for helping fund Blood Rage. Exclusive Wolfman monster, as well as other monsters being added and new sculpts for other monsters/clan members as well. I think it looks wonderful, impressive, and I want my hands on those miniatures immediately. 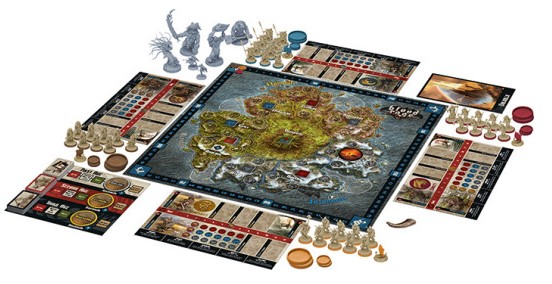 Before I get you too excited, we need to know since this is a Kickstarter… how much do they need to raise? How much time do they have? Will they meet the goal? Well, I am here with some amazing news. They were asking for $50,000, and as you read previously all of their stretch goals have been reached. So, that would of course be great news and it is! They have raised (as of writing this article) $161,143. Obviously I am not the only one having a fan moment over here for some awesome Viking board games and miniatures. The Kickstarter is still to continue for another 14 days, which means it will end on March 17th, 2015. So, feel free to take advantage and jump in on this successful project! Get these Kickstarter exclusives that you might not be able to get your hands on otherwise whenever the game is released. Nothing like some lovely exclusives to show off to your friends. After researching and looking into Blood Rage I have to admit, this is definitely my kind of game. The style it plays, the way it plays, I cannot wait to get my hands on it and have some fun. Who is ready to do battle against me? We will figure out the details later on how to do so, but I will demolish you and make my way to Valhalla.