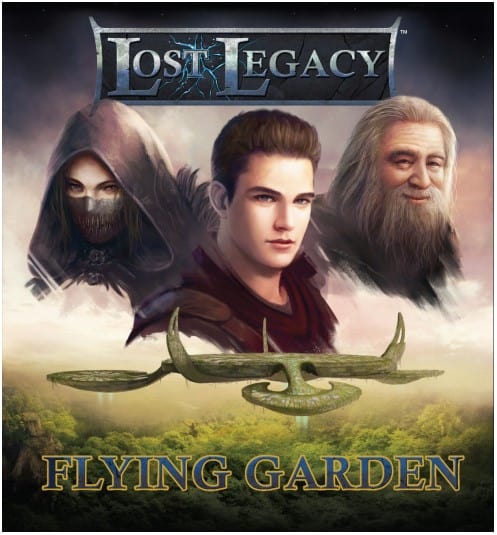 A stranger’s ship visited the world, and remnants of the ship have scattered across the world. These fragments are called Lost Legacies. One of these fragments contains a garden, protected by a twisted guardian. Those that find a way to board the Flying Garden are subject to the merciless protector and whatever unknown obstacles wait there. In Lost Legacy: Flying Garden, players collect cards into their hands and play cards to affect their own hands or other players. Use deduction to determine where the Lost Legacy card is and reveal it in the end phase to win the game! Let’s take a more in-depth look at this 2nd Lost Legacy series micro-card game from Alderac Entertainment Group.

Lost Legacy: Flying Garden comes in a plastic case and will contain the following :

The artwork for Lost Legacy: Flying Garden was done by Mario Wibisono and is part of AEG’s Big In Japan game line.

In Lost Legacy: Flying Garden, you get more options with the cards. The game play works the same way as in Lost Legacy: The Starship, so if you need a refresher on how to play the game, please check out our review for the first game. This game is technically an expansion for the first game, but is a standalone game and can be played without the first.

There are more auto-elimination cards in this game such as Curse and Wound. These require some more strategic play tactics, and the more attention you give to the cards in your opponents hands, the more useful they will be. 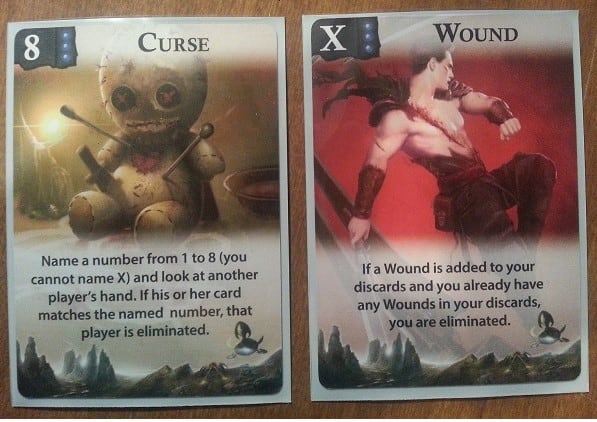 Flying Garden also features the Storyteller, a card that gives players extra turns in the investigation phase. The Flying Garden itself finds a way to lose itself in the Ruins too. 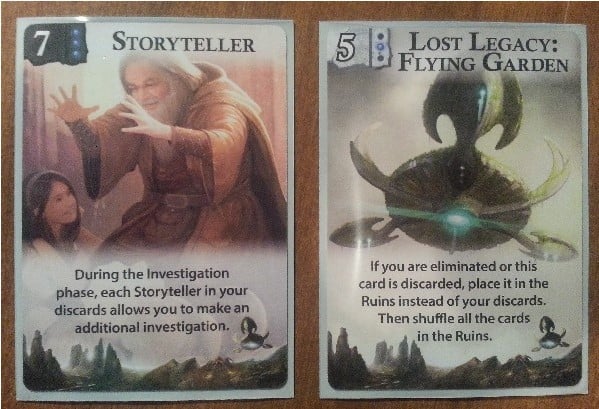 There are a lot more player vs player interactions available in this set, which you will quickly discover upon your first play.

Is The Flying Garden All The Legends Say It Is?

I really enjoyed the first Lost Legacy game, but I have to say that I like Flying Garden even more. I like the increased player interaction as it made the game more interesting and I felt that I had to pay much more attention to determine where the Lost Legacy could be. Both games are great, but I would say that if one were debating which to get first to see if they liked it, I’d recommend them pick up Flying Garden first.

While the first and second games both come with instructions on how to play in Campaign mode by collecting points, Flying Garden comes with cubes that can be used to track those points. The artwork is beautiful, and the sets combined make for a crazy good game. I like throwing people off by playing False Rumors and The Guardian is certainly a game changer as well. 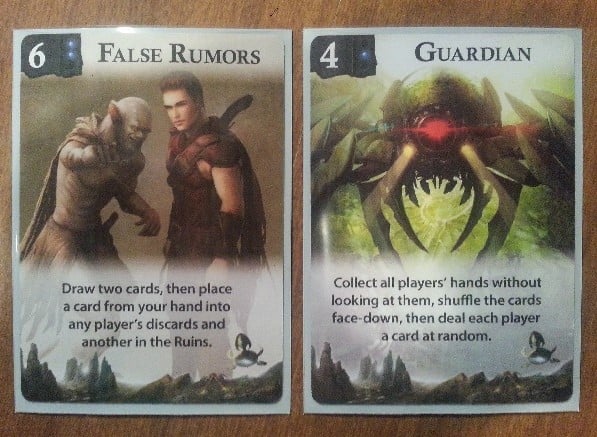 I’m looking forward to seeing more in the Lost Legacy series, and seeing how future games differ from the first two. Lost Legacy: The Starship retails for $9.99 and I believe is well worth the buy.