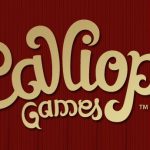 With a desire to create more non-gamer options for those trying to get into tabletop gaming, some great minds have come together for an amazing project. Folks like designers of Magic: the Gathering, Heroclix, Quarriors, and more are coming together to work on this project. The project has been called the Titan Series, and intends to produce family friendly “gateway” games to get more people into gaming and to make the introduction of gaming mechanics easier.

Calliope Games plans to produce 9 games in the Titan Series and use Kickstarter to fund the line, and ship to backers before they hit retail. While this may not appeal to the most seasoned of gamers that are surrounding by other gamers, families and people wanting to get non-gamer friends into the genre might find this very appealing. When backing the Kickstarter, each pledge will gain one person one game, but will grant the ability to pick up other games at a steep discount. I think this is a nice system because not everyone will want games aimed for younger games, and vice versa.

The rest of the backer rewards are supposed to be announced soon, so keep an eye out on the Calliope Games website. I think that this project has a lot of potential given the people working together to create it. There is a romantic notion of creating the perfect gateway game to get people into the hobby, but I do think that the team behind the Titan Series has a realistic outlook of a 3 year release period, and hopefully will able to put the care and detail into this project to deliver a line of truly effective games.