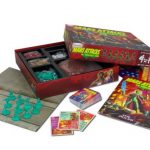 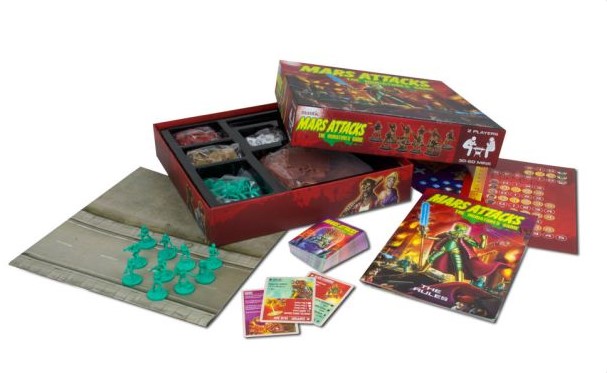 Back in November Mantic Games successfully funded Mars Attacks: a board game of Martian brain splattering, giant bug attacks, and much more. Now, with just two months away from the game’s official launch, Mantic is saying that Mars Attacks – The Miniatures Game is their most successful game to date. Players can expect to see the game on store shelves in September, and multiple different versions of the game will be printed (for language barriers). What’s even better is that Mantic is offering an Early Bird Special for those who want to get in on the game before its launch.

The game comes with several scenarios that you can play through to tell the story of the Martian Invasion from the civilians of Greenville’s point of view, and you’ll get to play with General Tor and his Martian troopers and try to destroy the human resistance, or you can join up with other resistance members to thwart the alien’s plans for good! The game will come with some awesome-looking miniatures and quick assemble plastic ruined scenery to really help bring the game to life.

From now until the first delivery run is depleted you can snag a copy of Mars Attacks – The Miniatures Game for about $85. The game is listed as a pre-order exclusive on the Mantic store website. If you missed out on the Kickstarter and want to bring some Martian brain splattering to your friends this is a great way to get back on board!