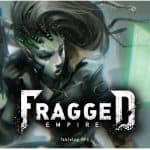 You are reading
Let’s Take A Look at Fragged Empire 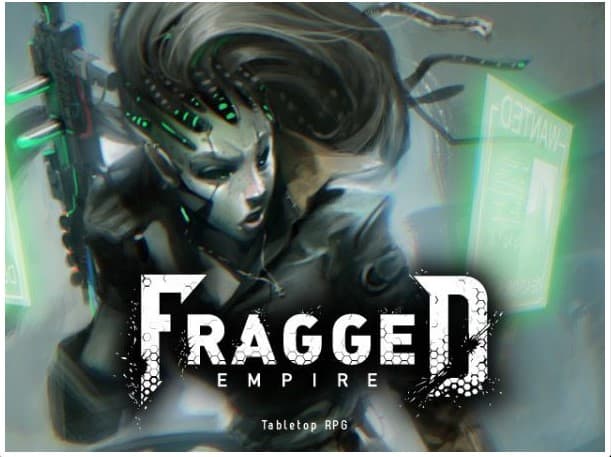 “It’s been a hundred years since the wars. You wouldn’t know it, though, unless you were one of the few who managed to stick around back then. Times are tough out here on the rim. The only place we have to call home – Haven – is full of people you barely know. These are people who you wouldn’t trust to make you a snarkin sandwich, let alone have your back in a firefight. There’s plenty of space to explore out there, and if we’re gonna survive we gotta stick together. I ain’t above putting myself first in a situation with the Nephilim, but out here, a friend’s a friend. Looks like we’re gonna have to see where our next job takes us.” – Rausch, Legion Pilot

In my many years of tabletop gaming I’ve been striving to find a sci-fi RPG that really lifted me off the ground. I gave into Shadowrun, and while it’s a fun game there’s only so much you can do with its setting. I like the idea of hackers, runners, and magic, but I’ve been wanting something deeper, something with a rich background that can offer near limitless possibilities. After browsing Kickstarter today I think I’ve found something that could get the job done.

Fragged Empire is a new sci-fi tabletop RPG with its own setting, rules, and fruitful back story. It’s being produced by Modiphius, the same company that brought us the highly successful Achtung! Cthulhu series. Designed by Wade Dyer, Fragged Empire tells the story of a post, post apocalyptic setting that sees four unique races coming together to give peace a chance in order to survive in the harshness of space.

After facing Genetic Erosion, humanity was all but lost within the gunfire and tragedy. They created a race known as the Archons to take rule over their fallen empire. The Archons constructed a mighty empire over the thousands of years that followed, and toyed with creating many different species in efforts to conjure up the “perfect” race. Eventually they reached this goal, or so they thought, when they created a race known as the Xion. When the Archons decided to take the title of “perfect” away from the Xion they fought back. All but one of the Xion were eradicated by the Archon in a brutal war.

Two hundred years passed, and the lone Xion returned with a genetically manufactured race of their own, which they called the Nephilim. The new army was ready for battle, and the ensuing war lasted for 6 long years. The Archon fought with all of their strength, but in the end they, along with most of their created races and empire, were wiped out in a brutal quest for revenge. Satisfied with victory, the lone Xion once again fled to the darkness of space, leaving the Nephilim to survive on their own.

A full century has passed since the Great Xion War, and descendants of the scattered survivor races are starting to emerge. They’ve begun to rediscover colonization, space travel, and much more. In a small star system known as “Haven” the races are starting to make contact with one another, and you are one of these descendants stepping into the great vastness of the unknown.

Not only does the setting and story for Fragged Empire seem amazing, the artwork is fantastic. The Kickstarter campaign is asking for 15K in AUD, and it’s nearly there already with 36 days to go. The rewards include everything from .pdf copies of the RPG book to eating lunch with the dev team. Most of the early bird levels have been taken, but for about $70 you can pick up a hard-cover copy of Fragged Empire, which includes everything you need to play, create a character, and run a game all in one book. That’s pretty amazing, and with as much support as Dyer is putting into the project, I can see this becoming pretty big in the RPG community. Head over to the Kickstarter to check out the campaign for yourself, and to learn more about the game check out its official website.