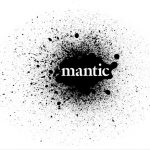 It’s no secret that Mantic Games has been quite flustered as of late. The company moved to a brand new location – its 4th site in 6 years – and is still working hard to crank out releases and updates. Speaking of updates, the most recent blog post by Mantic’s CEO Ronnie Renton explains just what the company has been up to over the past month. With a big company move things can get out of hand quickly (We know just how they feel!), but Mantic is still sticking to what it does best: put out some great games and please fans.

In the update Ronnie mentions two giant releases coming down the pipeline very soon. The first big release will be for Deadzone as the company plans to revisit Nexus Psi. There will be more releases for the original four factions, specifically the Strider model. Two brand new factions will be following up these releases – the Asterians and Forge Fathers. Each faction will be releasing with their own complete rulebook.

Following up the Deadzone releases, in September Mars Attacks should be hitting retail. This release will offer assembled and pre-painted Martians, Marines, and Heroes. A new ruleset has been designed based on the Deadzone rules compilation, so players familiar with the existing game should have no problems getting into this new one. More details can be found on both the Deadzone and Mars Attacks Kickstarter pages if you’re looking for some in-depth information.

Congrats to Mantic on the new office space and their recent (and upcoming) releases. It’s good to see the company doing so well, especially since we’re fans of what they do. We’re still gearing up for our move and I hope it goes as smooth as theirs did!