You are reading
Kae’s Guide To The Settlers of Catan 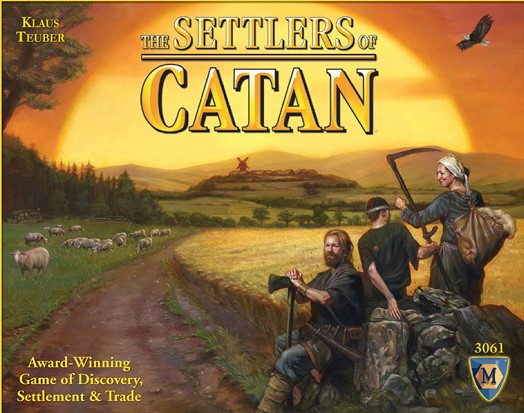 Take this guide as truth or in jest, but I felt that it was time to reveal my “secrets” about Settlers of Catan. Its wonderous mechanics and requirement of fine-tuned strategy…Really? I mean, Settlers of Catan is old. Like, really old – 1995. I was 6 years old. Nonetheless, I didn’t play Catan until a few years ago, just before Initiative : Tabletop was born. However, over the times we’ve played, something has happened. I gained a reputation.

My fellow gamers “affectionately” call it Settlers of KAE-tan. 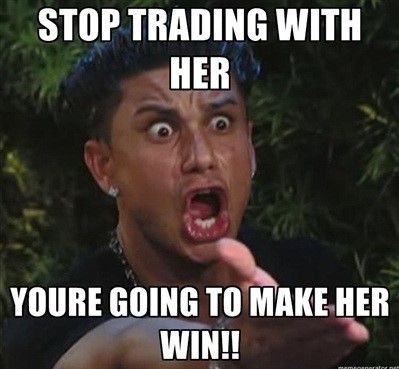 This actually caused some issues within our gaming group for a while. I’m talking legitimately angry players and all out war against me. I’d have items fellow players needed to trade for, even if what they offered me wasn’t beneficial, I’d offer to trade, and my voice was lost. It got to the point where I’d avoid playing certain things to give other players a chance to win when I could’ve ended the game 4 turns ago – just to avoid any hard feelings. (I’d have to end it eventually, though. Catan could last for hours more if I didn’t). We didn’t play for a long time.

Over time, I decided to just run with the new title, without letting it get to my head. I’ve not won every game of Catan I’ve ever played, nor do I claim to be a master at it. But, here are my tips for gaining an edge in the Settlers of Catan.

Where you start is also where you gain your first resources in the game, and they are crucial. My first location should involve wheat. No matter what else. Also, something that I think many people forget, is that the red colored numbers do in fact get rolled more often than the others. If a location marked 6 or 8 is Wood, Wheat, or Ore, I generally nab it as quickly as possible. Ideally, my first hand will have at least one wheat, and if I’m really lucky, a wood and a brick to lay a road on my first turn. I will frequently double up my second location, even if that means I lose access to a resource. I can usually get away with forgoing sheep or bricks, especially if I have an abundance of other resources coming to me.

Sometimes, intentionally claiming a monopoly on a resource is good because…

2. Trading Is Part Of The Game, Though It Can Be Cutthroat

Frequently it is so much better to trade for an item with your fellow players than to trade 5, or 3 (if you have that ability), but sometimes that isn’t an option. If you ever find yourself in a place like I am often in, where people don’t want to trade with you for whatever reason, having claim on a major resource can be beneficial. You don’t want to take some wood from me, even though you really need it? Dumping 5 of them for one resource can make other players nervous – it would work on me.

But seriously, don’t hog resources just because, especially if you’re not going to use them.

3. Seize Opportunities As They Come, Don’t Plan For Them

I never, ever, start a game with the intention of getting the longest road, or the largest army. I also never start the game with that idea excluded. I’ve never had a strategy from the get-go as to how I’m going to attempt to secure a win, I just go with the flow. If I come to a stall in which a development card draw might be my best chance, I might start laying down my army. I might take resources I need. I develop strategy in the moment. Makes it fun.

Playing moves to screw over other players will screw you over from the start. I’ve retaliated, but never initiated, conflict. At least not intentionally. I’m the kind of player that will move the robber to locations where no one has staked a claim – at least until you lock down my most important resource. Then, you’re on my radar for every player-interaction card/action I can get my hands on.

Settlers of Catan is still a great gateway game for those getting into gaming, though the widespread availability of varying game mechanics and themes have made it easier than ever. I think it takes a lot of practice to feel adept at Catan, and there’s certainly plenty of players still into the game. Think you’ve got what it takes? Find a local Catan tournament and put your skills to the test – something I hope to do in the near future!