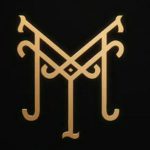 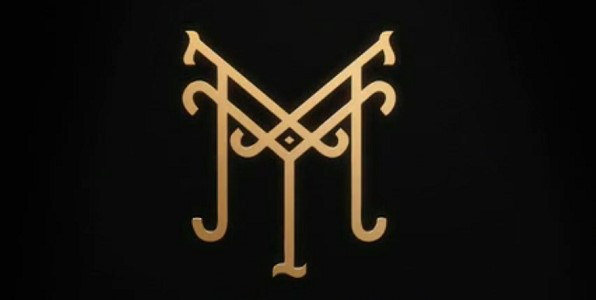 Delve into 4,000 years of Hindu mythology as it collides with card battles in Maha Yodha. A strategic card game introduced to Kickstarter in May, Maha Yodha has already funded and captured the attention of a large number of gamers.  Pitting the powers of Warriors from Hindu myths, equipping their legendary weaponry, and using the help of magical scrolls, battle your opponent to bring their life total to zero from 20. Created by Sagar Shankar and Chandan Mohanty with input from Saar Shai, creator of The Agents, Maha Yodha is introducing the rest of the world to the rich culture of Hindu myths. Let’s take a look at the prototype game we received and see how it plays out!

Maha Yodha is one of those card games where simple is best. Inside, you’ll find :

The art featured on the cards of both factions use Indian folk art (Pattachitra), and many images have been been modernized by current-day artists such as ones that have produced art for Magic: The Gathering, while keeping the Hindu mythological feel in mind. The artwork is beautiful and certainly fits the theme of the game. 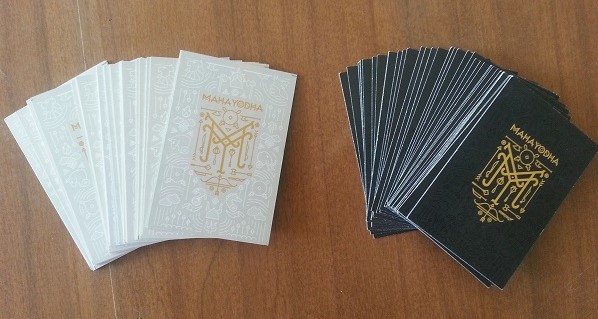 Maha Yodha is actually pretty simple, but the challenge comes in creating strategy over time. Before we get into how to play the game, let’s look at the components. There are three card types; Warrior, Weapon, and Scroll. The Warrior is identified in the upper left hand corner with a helmet icon, Weapons with crossed swords and shield, and Scrolls with a magic burst. All cards have a Valor cost, which is what is used to place the card on the field. On any given turn, a player gets 5 Valor to use. Some cards will increase Valor points for a turn. Valor is indicated on the right hand side of the card under the card’s artwork, indicated in an icon with a lightning bolt.

Each deck contains 7 Warrior cards. These are derived from stories and each have accompanying cards, which we will get into next. Warriors have a red Attack value and a blue Defense value. There is no limit to the number of Warriors you can have on the field, as long as you have the Valor to play them. Some Warriors will have additional abilities in the text on the card. 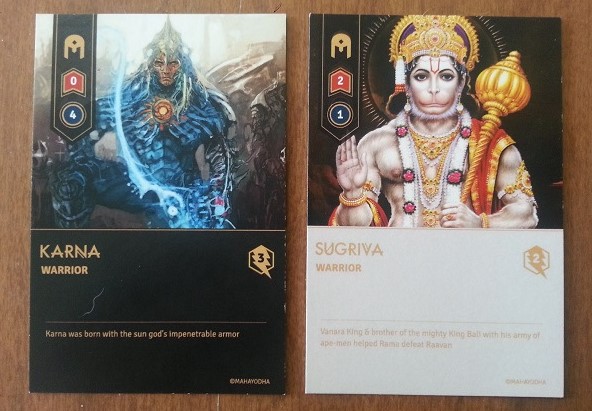 Warriors have flavor text with little history tidbits about the characters.

Additionally, there are 7 Weapon cards. Weapon cards will have either an additional red Attack or blue Defense value to boost the Warrior it is attached to. More than one Weapon can be attached to a Warrior, though there are specific benefits to attaching particular Weapons to their “rightful” Warriors. Doing these combos can create incredibly powerful attacks against your opponent! 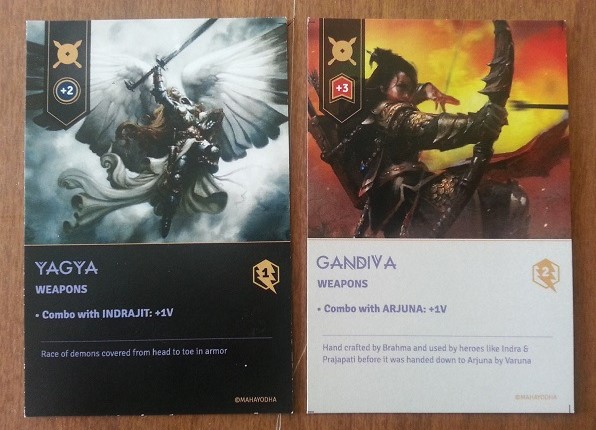 When combined with their appropriate Warriors, Weapons become deadly.

Each deck also has 28 Scroll cards, one of the most interesting parts of the game. Scrolls have the ability to act as an offensive force all on their own, while others are used for defensive strategy, pumping up Warriors, or adding Valor to your pool. As long as a scroll is on the battlefield, its ability remains in play. 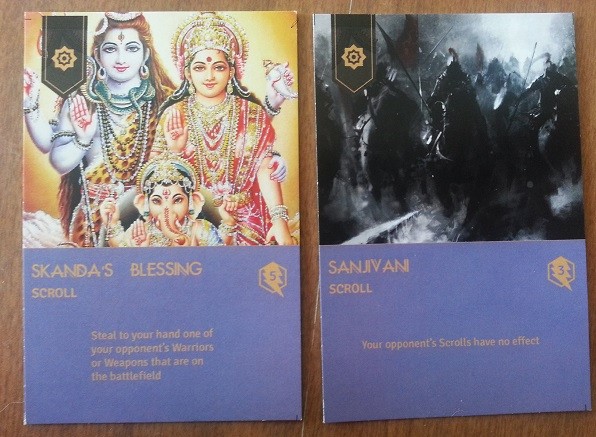 Scrolls do a variety of things to affect how the game is played.

Now, on to play sequence! Players each take a deck, Asura or Aditya, and shuffle it. First player is allowed to draw 6 cards, but cannot attack. Any time a card is discarded, it goes face-up into the discard pile of that faction. Second player follows normal turn sequence, and is allowed to attack on their turn. If a player’s deck is ever depleted, shuffle that discard pile to form a new draw deck.

As I mentioned before, each player gets 5 Valor per turn unless a card specifies otherwise. Every turn (including the second player’s first turn) follows a turn sequence.

When it come to attacking your opponent, you will take into account any Scrolls that give buffs to your Warriors, Weapon attachments, and base values, and add up your Attack value. If the opposing player has any defensive cards out in the form of Scrolls, Weapons, or Warriors, that Defense value is subtracted from the Attack value. Any remaining offensive strikes carry over to the defensive player’s life total. If you have a Warrior on the field, you cannot choose to not attack.

Each player starts with 20 life, and the game ends when one player’s life total reaches 0.

Some say that the best games have the shortest rulebooks, and I think that I may be on board when it comes to Maha Yodha. The game required a lot of advanced strategy that I found challenging at times, despite my experience. The format is different from any card game I’ve seen before, and the theme is both intriguing and beautiful. 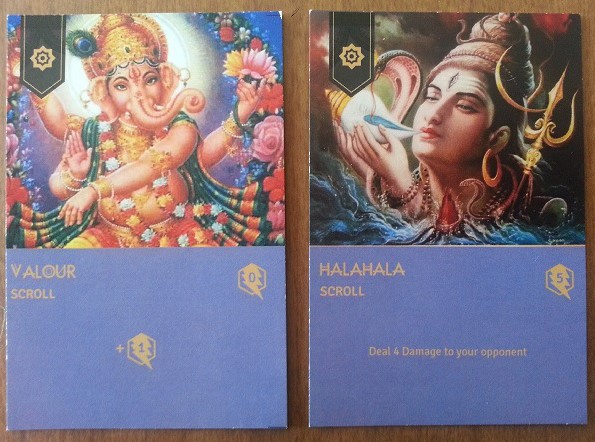 Some scrolls are just helpful boons with no cost, while others may take your entire turn to deal a harsh blow.

At first I found myself frustrated with the game because I had difficulty getting Warriors in my hand, or I’d only get Scrolls that affected my (non-existent) Warriors. After a painful and quick defeat, and looking closer at the cards, I found a way to use that to my advantage. Using Scrolls to draw cards, even if to only place on Warrior on the field, sometimes meant the difference between an immediate loss and an impressive comeback. I liked that Weapons could be used with any Warrior, but when you’re able to match up the Warrior/Weapon combo, the results can be deliciously devastating.

If there’s anything I don’t like about the game, its the sharp corners on the cards themselves. I have been informed by the creators that the final print production will feature cards with rounded edges though. You may run into the issue that I had in my first few games where you may find yourself with hands of Scrolls and Weapons with no Warriors to attach them to, but that’s a risk you take in every card game in which you depend on a draw pile.

Maha Yodha has already funded on Kickstarter and has unlocked its first stretch goal to improve the stock upon which the cards are printed. Further stretch goals will unlock female Warriors, more Scrolls, and so many more perks. A $20 pledge gets you the base game, and the $35 pledge gets you the expansion with more of each of the card types! If the theme tickles your fancy and you are looking for a challenging card game unlike any other you’ve played before, check out Maha Yodha!