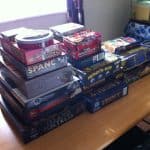 You are reading
The Great Culling, Part 2 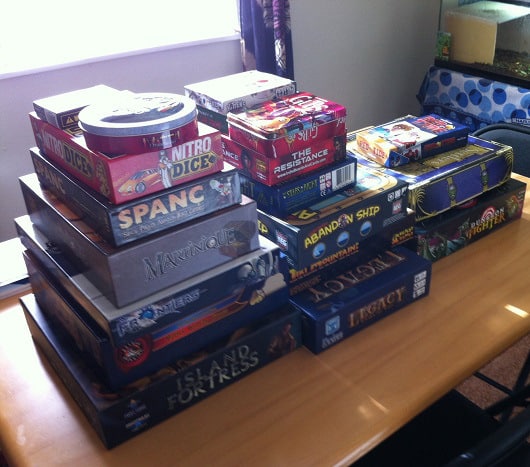 Previously, we had talked about culling games to slim down a game collection. Now there is a new conundrum we must face. What do we do with the games we decided we no longer want on our shelf? This task can sometimes be more difficult than deciding what games to cull. There are advantages and disadvantages to getting rid of unwanted and/or unplayed games. First thing to keep in mind, you will most likely not get back what you paid for the game. While some games go out of print and their value increases the vast majority of games are readily available and people expect to pay less for used games versus new games. However, some options to get rid of your games don’t have to involve exchanging money.

Trading
This has become a popular means to get rid of games you don’t want and get something you do want. Sites like Board Game Geek have all sorts of tools at your disposal to trade games with fellow gamers. You can also trade with people in your gaming community too. This is honestly the best way to get rid of games. Many times you have a game someone wants and vice versa. Why not swap out with each other?

Game Auctions
Auctions can take place in a variety of places. One of our local game stores holds a bi-annual game auction for the gaming community. Its fun to win and to see how much your stuff will sell for in the auction. Auctions also happen at major gaming conventions too. Gen Con has many gaming auctions for people to take part in.

Selling
You can of course sell your game but do take note you are most likely not going to get even close to retail for it. People will often times sell games on a variety of sites such as ebay, Amazon, Board Game Geek, and even to other gamers in their community. If you are hard up for cash or can’t find someone to trade with this can be the easiest way to get rid of unwanted games.

Donating
Sometimes you don’t care if you get anything out of getting rid of a game so why not donate it? You can see if your local game store will take donations or see if a nursing home, hospital, etc. would like to take in your games.

There are many avenues to get rid of unwanted games and put them into the hands of those who do want them. Is there another avenue that we didn’t cover? We would love to hear what your thoughts are. What have you done with your old games?