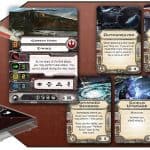 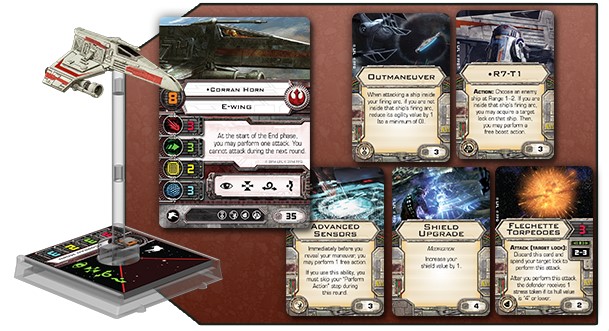 When it comes to starfighters, none are more adaptable than the E-Wing. When speaking of terms of in-game performance, the E-Wing brings a lot more to the table than what originally thought possible before. Combining the best of both speed and attack capabilities, the E-Wing is an essential starfighter for any Rebel squadron to include.

The E-Wing Expansion Pack is coming for X-Wing Miniatures, and it will be essential to any Rebel players hiding out there in space. Fantasy Flight has posted a preview of the Expansion Pack, showing off all it can do when put to the table. From the preview, here’s what the E-Wing will bring to the game:

With the right upgrades and pilot the E-Wing can be an unstoppable force in any squadron. I really like the idea of a starfighter that’s so customizable but it takes some strategic thinking to outfit it correctly so that it’s not a point-sink. You can pre-order the E-Wing Expansion Pack now, and get ready to beef up your squadron for the next battle!