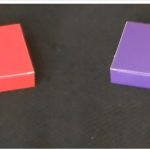 You are reading
Video Review – Superfight! Red and Purple Expansion

Superfight! is a hilarious card game where characters with super powers and drawbacks do battle to see who comes out on top. It’s up to you and your friends to help set the battlefield and match up opponents, discussing with each other who would win and why. To add to the game you can pick up a myriad of expansion decks that will add all sorts of flavor to the game. We were able to grab two such decks, the Red and Purple, and now we’re ready to show you just what they add to the game.

Facebook Twitter Google+ LinkedIn Pinterest Tumblr
Previous article Gaming Investments : How Much Is Too Much To Pay?
Next article The Agents Came Back To Kickstarter And Has Already Surpassed Goal
Announcement