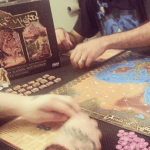 You are reading
Gaming Investments : How Much Is Too Much To Pay? 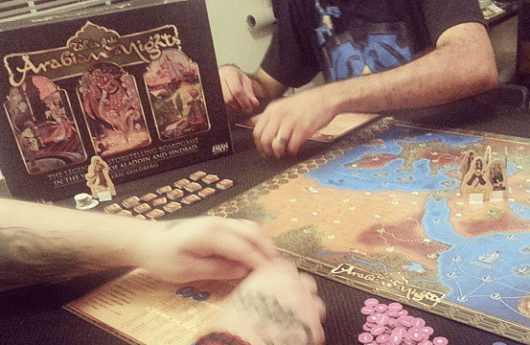 We’ve all been there, standing in your local game store, gazing at a game that we long to have in our collection. Maybe you’ve got some extra cash available, but is said game worth the price-tag? On the other hand, there are those of us who have determined a game worthy of nearly any price, and are willing to pay a bit more than one would for another game. So the question is, how much is too much for a board/card game? There’s several factors you can look at to make this choice.

Have you already played it?

As with many other retail purchases you’ll make in life, you never know exactly how something works, or if you’ll like the actual mechanics, until you have personal experience with it. If there is any room for doubt in your mind that a game may not be for you, I’d suggest finding a way to play it before picking it up. If your local game store has a copy in its library, find some folks to play it with you, bonus if you find others who have already played it and can give you insight and tips!  Place an ad, alternatively, looking for someone who already owns the game and give it a test run.

Is it something you’ll want to play years later?

Many of the large purchases I make are ones that I’ve deemed worthy of extended playability, which can further justify a higher price on a game that’s really great.  This factor pretty closely ties in with knowing if you like how the game plays. And it is true that your preferences will change over time, so that is something to take into consideration when you’re looking at the game’s price.

We got the chance to play the WoW Miniatures game through a game auction.

This point can also be manipulated a bit with the growing popularity of game auctions. If the case mentioned above happens and you find yourself years down the road no longer interested in a game, you may find the option to put it into an auction and use the money earned from that to purchase something that is more relevant to your current liking. And often, you’ll get games for dirt cheap.

Is the game reasonable for your social accessibility?

I know this question is worded strangely, but hear me out. If you’re really wanting a game that is for 3-5 players, but you can only regularly engage one other player, could that money be better placed in a 2 player game? If you have access to a large gaming group or some friends that are also interested in the game, then it is probably well worth the money.

For example, I live in a great town for tabletop gaming, with two local stores, and many friends who play a variety of games. On the other hand, I have another consideration to make, and that is that I’m also a mom! When your kid goes to bed at 8pm, heading out for the evening isn’t exactly an option. So, frequently, Raine and I find that having plenty of 2 player games around is the best option. We do have friends that are awesome enough to come over and play after the kiddo’s bed time, and we are always happy to bust out a game for 3+. But a large portion of our collection is playable for 2.

Only you will know what games are best for your situation, but hopefully this guide can help those that want a few guidelines. Too many times do we read about folks who’ve made large gaming purchases and later regretted it due to lack of play, whether there weren’t enough players around or they opened it only to find that it wasn’t as fun as they’d hoped. We never have full assurance against this happening, but some careful consideration can steer us in better directions. Good luck in your investments, and happy gaming!