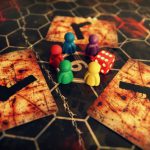 You are reading
Tracker: A Post Nuclear Disaster In Its Last Week on Kickstarter 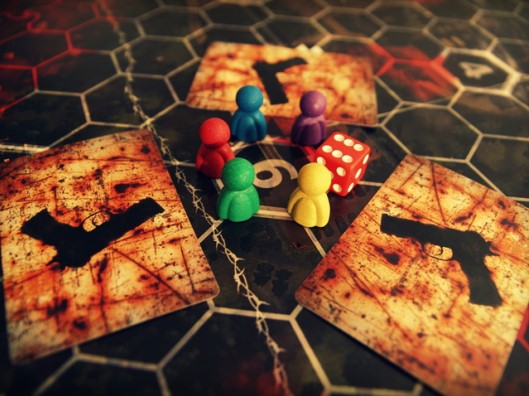 Years after an apocalypse, survivors fight to stay alive in the wasteland among nuclear fallout. People fight for food, artefacts, and some land to call their own. It’s not easy trying to stay alive out in the vast nothingness that was once home. Out here you face many enemies, but among them, the toughest enemy is each other.

Tracker: A Post Nuclear Disaster is a competitive apocalyptic board game for 4-8 players, and it’s now on Kickstarter. During the game you must use your cunning to stray alive as you fight against other players while searching the wasteland for anything usable. You’ll attempt to successfully complete missions throughout the game, and you can choose to arm yourself to focus on attacking other players or move as quickly as you can to acquire the most artefacts as possible.

In a twist that we’ve rarely seen among board games, once you’re taken out by another player your game isn’t over. Due to the nuclear fallout from the catastrophic event, the dead are reanimated as zombies that will seek out any survivors to have them for lunch. Once a zombified player kills a living player they are resurrected and can come back to life to continue the game as normal. You’ll secure yourself a win if you can accumulate 8 points or if you’re the last survivor standing.

Tracker: A Post Nuclear Disaster looks amazing. I’m really into these survival games as of late, and this one looks like it could really top the cake. The ability to come back as a zombified survivor to attack other players is a great way to continue player interaction and keep the game flowing. From the tutorial videos it looks like the components are solid, and honestly the game looks like a lot of fun. The campaign is nearly at its goal, and there’s just one week left to go. Check out the campaign and help bring Tracker to the table!

Facebook Twitter Google+ LinkedIn Pinterest Tumblr
Previous article The Coming Storm L5R Cycle Preview Now Out
Next article Gaming Investments : How Much Is Too Much To Pay?
Board Games