You are reading
Games Workshop Announces New Releases for The Hobbit: Desolation of Smaug and Warhammer 40,000 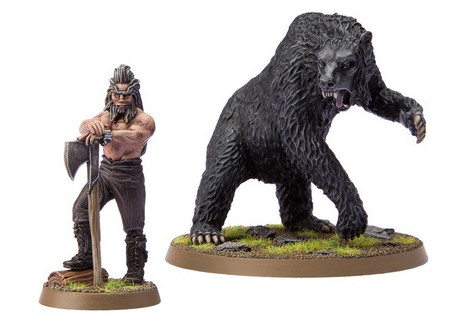 This past weekend a whole bunch of great stuff released for two of Games Workshop’s most popular games: The Hobbit: Desolation of Smaug and Warhammer 40,000. News spread like wildfire, though, and some of the things announced are already sold out. Go figure, right? Anyway, there’s still plenty for you to get your hands on before they, too, disappear from the webshop.

For The Hobbit: Desolation of Smaug, we’ve got a handful of new models available. First up is Beorn and the Bear, two models that represent the same fierce nature of the wilds. Next is Girion, Lord of Dale – quite the dapper-looking gentleman. Following him is Thranduil the Elvenking, and though his sculpt looks awesome I still don’t like the guy. Finally you’ve got some Gundabad Orc Spearman, Gundabad Orc Swordsmen, and their leader, the Gundabad Orc Captain. 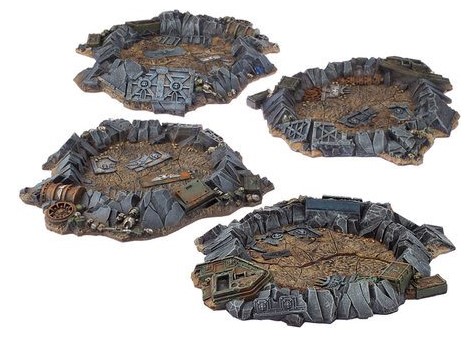 On the Warhammer side of things, the grim dark continues to get, well, darker. A terrain piece called the Void Shield Generator was announced over the weekend with a limited run, and the piece sold out almost immediately. So, while I’d love to announce that it’s coming up for release, unless you’ve already got it pre-ordered you probably won’t be getting your hands on it yet. Aside from that are the Quake Cannon Craters, which still look pretty badass. There’s also a Clan Raukaan codex supplement available, and to go along with it you can pick up the Battle Brothers of Kalag and Clan Company Raukaan.

With the new releases coming down the pipeline, both games are alive and breathing well. Hopefully the Void Shield Generators will be back online soon, but until then enjoy your Quake Cannon Craters and try to stay clear of incoming enemy fire. You could always suit up with Clan Raukaan and cause some mayhem!