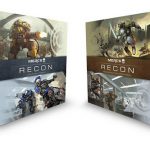 You are reading
MERCS: Recon on Kickstarter 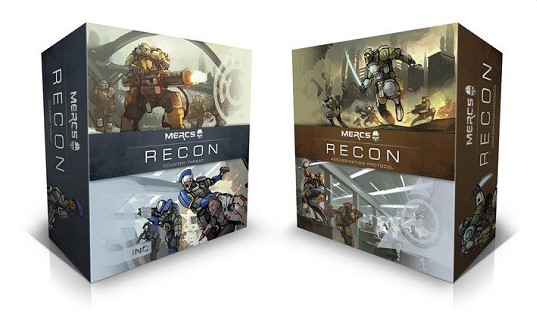 What is MERCS, you may ask? MERCS is a miniature skirmish game set in the year 2121. With the rise in population and commerce, corporations and nations joined forces to form giant mega-conglomerates, known as MegaCons Over the next 30 years, the nations were dissolved and their military forces absorbed by these companies. The military, now formed of MegaCon employees, became the hand of these organizations, involved in everything from internal security to reconnaissance and clandestine affairs. The year is now 2184, and these Military Economic Reconnaissance and Counter Security forces, known as MERCS, now help to decide what MegaCons will succeed and which will fail.

MERCS: Recon is a fully-cooperative and tactical board game set in this universe. In it, players will join together as a group of MERCS, gaining entry into an opposing MegaCon and completing objectives in a responsive game. Moving from room to room, players will have to deal with threats from the opposition forces, or OPFOR, whilst trying to gather intel, interrogate employees and collect their target. 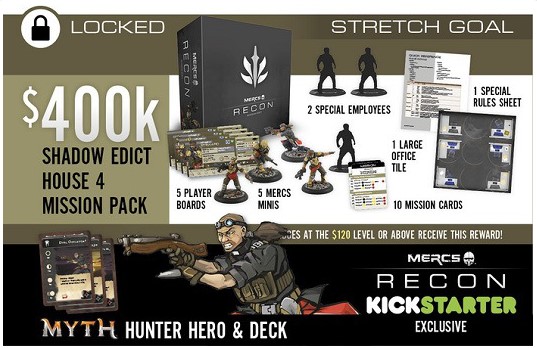 The stretch goals are quickly being reached and there are many exciting stretch goals yet to be revealed. There are Mission Packs for several factions as either add-ons or as stretch goals. These add to the game play of MERCS: Recon as well as add more figures for the MERCS miniature game. Just today they unlocked Corporate Police Prototype-1, who looks a lot like RoboCop. Its not too late to jump in on this awesome Kickstarter. Check out their campaign and “Welcome to the cause.”