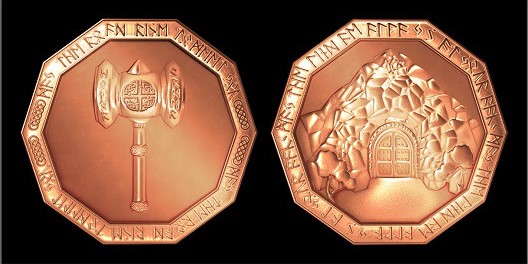 Whether you are looking for some physical currency in your LARP, role playing game, board game, or whatever need you may have for some fancy coinage, Fantasy Coins, LLC has you covered. A preview of a Kickstarter project that is soon to come is up on Prefundia, displaying examples of some rather impressive coins. Currently, 15 coin sets have been produced and they follow the general fantasy currency system consisting of copper, silver, and gold. The current coin sets include : 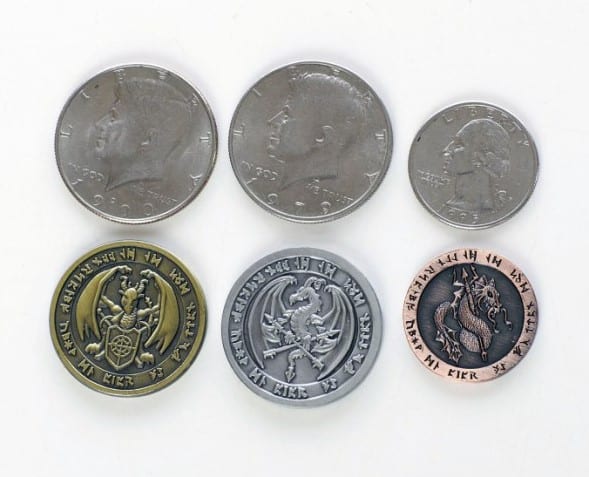 Most of the designs are done for these coins, and the price for a full set (30 coins – 10 each of copper, silver, and gold) is pretty manageable. They are wanting input from the gaming community on pricing and other details before launching the official  funding page.  As seen above, the smallest of the coins is approximately the size of a US Quarter, and the others being about the size of the US Half Dollar. The coins are made of zinc and then plated / aged for appearance, and will be about 2.5mm thick.

We hope to get our hands on some of these coins soon and provide a preview of what you can expect from these coins, but until then, head over to Prefundia and check out the details. I could see myself using these in many games. From RPG’s to games like Red Dragon Inn, and many more, using some real coinage would really bring a new dimension to the game. What do you think? Would you use these, and what for?