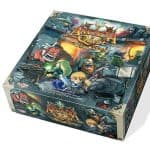 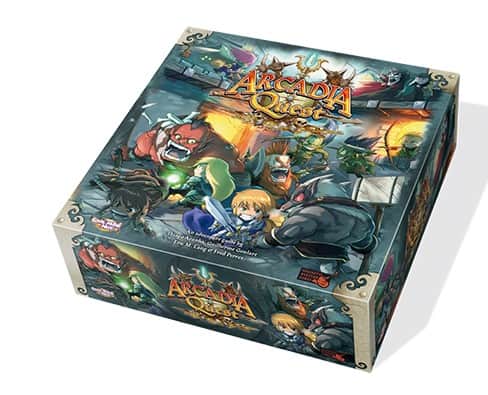 Cool Mini or Not is a company that certainly avoids skimping out when it comes to Kickstarter. Games like Super Dungeon Explore and Zombicide were, and still are, giant hits that were funded through the site. The company’s most recent venture is Arcadia Quest, and we touched on the game a bit earlier. Arcadia Quest currently has 3 days left on Kickstarter, and the campaign is plenty more than funded.

In a couple of the most recent updates for the game, Cool Mini or Not has spoiled us. A preview of the game’s rules was posted in pdf form, which you can find on the Kickstarter page. The rules are still being updated regularly, but the download is the latest version available. It’s laid out very well, and you’ll be blasted with color when you browse through it.

Along with the rulebook being posted Cool Mini or Not has uploaded some painting tutorial videos for painting the models from Arcadia Quest. As a model painter myself, I have to say that these videos are spot-on for showing players what to do with the miniatures included in the game. Elizabeth, studio painter for Cool Mini or Not, leads the video and shows off her amazing techniques.

Arcadia Quest is certain to be a big hit right alongside the previous releases from Cool Mini or Not. If you haven’t backed the campaign yet, there’s still plenty of time to do so within the next couple of days. A cool hundred bucks gets you the full game, an exclusive hero, all stretch goals, and a nameless campaign box to hold everything in. Not too shabby if you ask me!