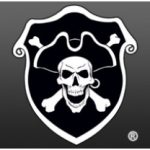 This past Friday Privateer Press held their annual Keynote Panel at Templecon. During the Keynote there was a lot of information that was released, including a handful of announcements. The WarmaHordes community has been in an uproar since the panel, and there were a couple of announcements that will bring a lot to both Warmachine and Hordes all together.

The second big announcement was the new Exigence book for Hordes. This new book outlines a lot of new specifics for the game. It includes a new Farrow warlock, female Gatorman warlock, battle engine for Farrow, new beast packs, and more. Lesser warlocks are being introduced as well for Hordes, adding a ton of utility to the game. Check out the video below for more on Exigence.

I am excited for the Cephalyx. The only thing that gets at me is that, because of their look, I’m worried they’ll play too closely to the Cryx. It’s not that I wouldn’t like that play style, as I’m a Cryx player, but if I play a different faction I’d like to have something different, you know? Still, this news is great and it accompanies more news from Privateer Press for their other games.

LEVEL 7 [INVASION] was announced, bringing the threat of an alien invasion to Earth. The Iron Kingdoms RPG will see Unleashed, taking the game into the land of Hordes and allowing players to explore the wilds of Immoren. A new Hordes faction is still coming to the game, though no news was announced for it. We’ll have to keep waiting, but until then let this news soak in!