You are reading
Cross Hares: Testing Ground on Kickstarter 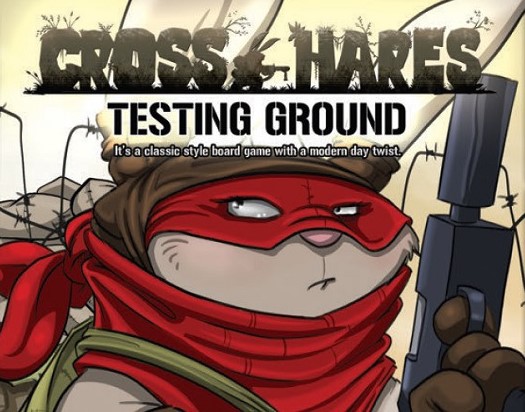 Cross Hares: Testing Ground is considered a “classic style board game with a modern twist.” The first thing that I noticed on this game was the amazing artwork. Jesse Labbe is the artist and designer for Cross Hares. He had created Berona’s War and sold it at conventions. Many people assumed the artwork was from a game and wanted to know how to get copy of the game. As time went on Labbe created Cross Hares. It is a unique game that comes with deadly bunnies that are cute and fierce looking. 1A Games, known for the Tide of Iron series (formerly produced by Fantasy Flight), is producing the game.

Game Play
When I was at Gen Con I was fortunate to sit down with some of the guys at 1A Games and test out Cross Hares. This game has that classic feel that many of us grew up playing but has unique elements that set it apart. You are trying to be the first to reach the goal but you will have journeys along the way. The spaces have certain effects that are triggered if you land on them.

The biggest twist to the classic board game are the characters. The bunnies each have their own backstory and their own unique look. They play very differently from each other because each bunny has their own special abilities and equipment they can gather and use throughout the game. The abilities can be used to help you or hinder your opponents. The base game comes with standups to represent your characters but you can also add on to a Kickstarter pledge to get 3D printed bunnies. (NOTE: The 3D printed bunnies won’t fit the standard board but make for an excellent decorative piece in a game room.)

When certain effects are triggered an adventure will take place in the game. Think of this adventure as a mini game. You will take your bunny on this adventure and reap the rewards if you successfully pass the adventure. The adventures help to make the game a unique experience each and every time you play. There are also event cards that come into play during the game that help change up who is in the lead to the goal. 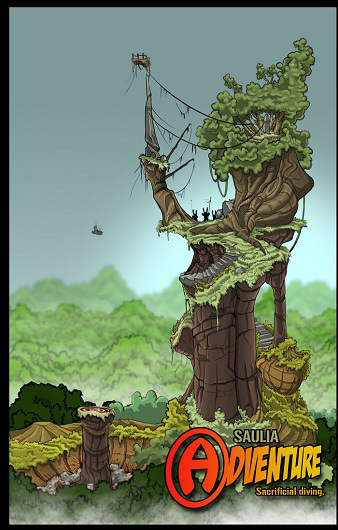 As I mentioned before I tried this game at Gen Con and I was thoroughly impressed. The mechanics were already sound then and the artwork was really stunning. This is a great game to play with kids and adults. I often times seen a mixture of ages playing Cross Hares at Gen Con. It was definitely one of my highlight games that I was able to demo during the convention. The Kickstarter is almost half way there with plenty of time left on the campaign. I would highly suggest you take a look at this unique game.