You are reading
Helpers of Catan Come To Settlers 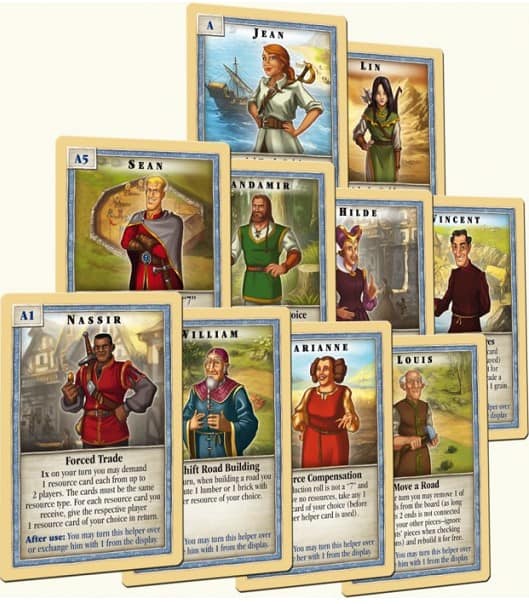 If you are a fan of the Star Trek Edition of Settlers of Catan, these may seem similar to the deck of support cards found within its box. You’d be correct, as the Helpers come skinned as crew members of the Enterprise, but their functions are the same as the Helpers featured in this expansion. I think that fans of Catan looking to step up the game will find these Helpers fun and useful. I hope to get my hands on a copy soon, as I’m curious if any of the Helpers are more powerful than the others. I suppose only time and strategy types will tell!