You are reading
Building Your Army in BattleLore 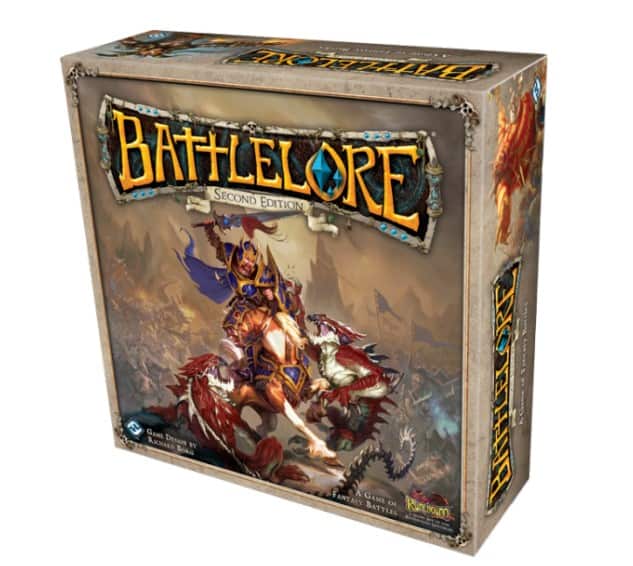 Each faction in BattleLore Second Edition includes three army cards. These cards feature a pre-constructed army that’s built around a theme. When you use one of these cards, you simply need to deploy your army and that’s it – the theme cards make setup even quicker. There is, however, a way to customize your armies to your liking, once you’ve familiarized yourself once you grab the basics of the game. This way you can build an army that fits your play style each time you sit down with the game.

The riders, they advance!

You’ll begin the game with mustering points, which are spent on your faction’s deployment cards. These cards are placed face down on the setup hexes. When both players have finished mustering armies, the deployment cards are turned face up simultaneously, and the units are placed on the board. Keep in mind that your armies cannot exceed their unit count. For bigger armies and battles, a second copy of the core set can be picked up.

If the archers missed the first time, they’ll certainly make it up with a second shot.

Each type of army has different strengths and weaknesses, so you’ll need to be careful with what you bring to battle. Cards like Riverwatch Riders possess Vigilant and Flanking, making them a great support army for your hard-hitters. Other armies, like the Yeoman Archers, get a second shot if they forfeit their movement for the turn. With customizable armies, you can really build something to better-suit your battle plan. You can see more on the official Fantasy Flight preview post, as well as some continuation on the example scenario the company laid out last time!