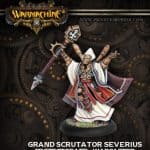 You are reading
Warmachine – What is a Warcaster? 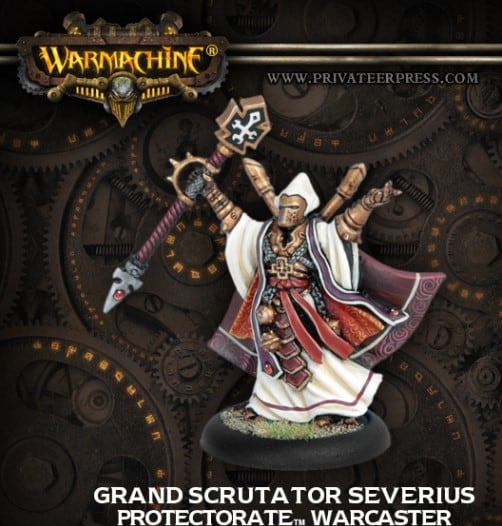 Out of all the miniature skirmish games out there on the market, one has become my favorite over all of them – Warmachine. Warmachine is a miniatures skirmish game from Privateer Press, and if you’ve been reading the site for a while then you’d know it’s a game we like to cover pretty often. The game focuses on players using groups of models to fight each other, with the victor taking down the enemy’s Warcaster and staying alive themselves. We understand that Warmachine hasn’t yet charmed every player out there, so we’re here to get you on the right path! To do so, we’ve decided to start a series of guides for Warmachine that will introduce you to the game’s world, troops, history, and general awesomeness.

To kick this off, I mentioned a unit just a bit ago called a Warcaster. If you lose your Warcaster in a game of Warmachine, it deals a serious blow to your army, and most often times this means a game loss for you. This must mean that the Warcaster is pretty important, right? Well he/she is, and that statement couldn’t be more correct. But what is a Warcaster, and why are they important?

At their core, a Warcaster is a powerful battle mage that harnesses the ability to cast spells and control Warjacks. We’ll get a bit more into detail of what Warjacks are in a later post. Right now all you need to know is that Warjacks are giant robots who blow things up, and a Warcaster can control them with his/her mind. Not only do Warcasters have the ability to control these walking weapons, but they also act as a commander in battle. When you think about it, Warcasters are the best of the best on the battlefield, though that also makes them the biggest targets.

Each Warcaster has their own values, and thus their combat prowess is diverse. They can cast a wide variety of different spells in battle, making them fierce combatants in addition to their commander status. They also have equipped powerful weapons that help them dominate any foe who dares enter combat with them.

During gameplay, some Warcasters stay towards the back of their battle group (which usually consists of a few Warjacks), though they still have an active role in battle. Not all follow this rule, but as I mentioned above, each play out a bit differently. They draw upon an energy called focus to cast their spells and control their ‘jacks. This energy source gets replenished each turn in the game, and what focus the Warcaster doesn’t spend creates a sort of force field around them, making it harder to damage them.

Focus can be transferred to ‘jacks within their control range and the ‘jacks can then spend this focus to do a lot of different things. Think of focus transfer as a Warcaster telepathically telling the ‘jack to do something, transferring energy to it, and the ‘jack carrying out that order. What’s really awesome about Warcasters is that they have the ability to control several ‘jacks at a time, which shows their capacity for battlefield stress. 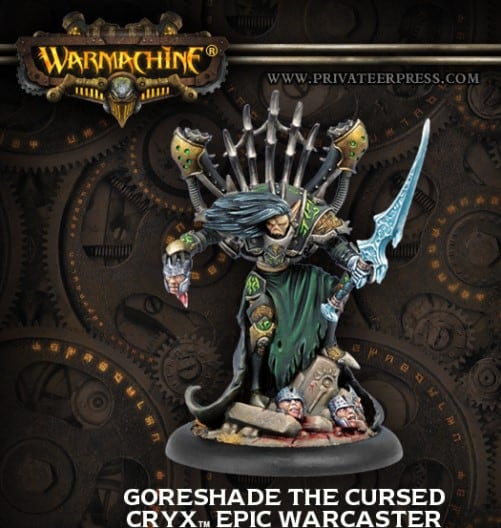 Since your Warcaster is the most important part of your army, in regular skrimish battles once your Warcaster is killed that means game over. Some battles are waged with more than one Warcaster, wherein conflict gets really heated. Each of Warmachine’s factions has a handful of different Warcasters, and even some of those not aligned with any faction can wield the power of a ‘caster – explaining mercenary Warcasters.

No matter what faction you choose, your Warcaster choice is always important. Each ‘caster plays by their own rules, and comes with a set of tailored abilities. These are the units you need to protect, and most of the time need to protect other units. Finding a Warcaster that fits your play style will turn the tides of your battles like never before. Now that you know a little but more about what a Warcaster is, we can take a look into some of the other units in Warmachine, so stay tuned!