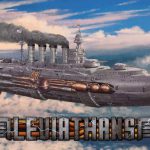 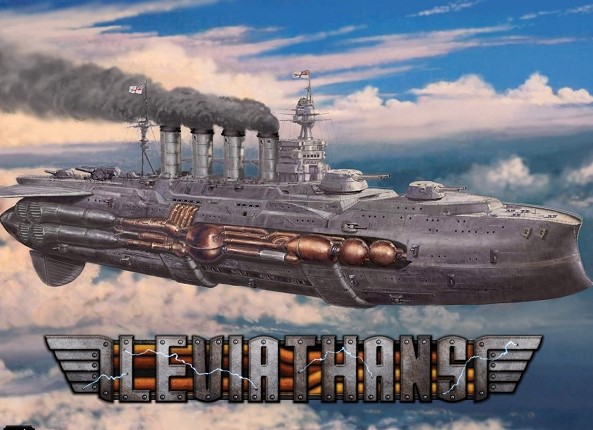 Many of you may be aware of Leviathans: Monsters in the Sky from Catalyst Game Labs. The game released last year and sold immediately, and was received quite well among the community. Leviathans is a miniature wargame that sees navy battles fought in the sky in an alternate reality 1910. The fluff is there, the ships look great, and the game is fun, but Catalyst stumbled with its manufacturing and that caused some ire in that same community.

Catalyst has picked themselves up after a failed Kickstarter for Leviathans Online. They’ve hit the drawing board once more and shaken off the dust. Going off of feedback from the community on past Leviathans endeavors, they’ve decided that, in order for Leviathans to sustain itself, they need to come up with a different packaging solution. The company has been looking at reshaping their line into something similar to how Star Wars: X-Wing is packaged. They’re suiting up for a re-launch of the entire Leviathans line.

“While there hasn’t been any release for Leviathans over the last year,” says Catalyst, “we’ve done a ton of research, talked with numerous manufacturers, and listened to game companies that have been wonderful in their willingness to share information.” The company now feels confident that their research will make all the difference in this re-launch.

One of the first things to make note of is that the rules for the game will not change in any way. Any new releases for the game will fit in perfectly with the way the game plays currently. Also, there will not be any “Intro” or “Starter” box for the game, though the contents and size will be more focused than the original Core Box Set. There will be a box with rules, miniatures, and dice – everything a player needs to get into a game.

Through a new Kickstarter campaign that Catalyst plans to launch this fall, the company hopes to achieve many things. It’s not about raising funds, Catalyst says. They’ve put together three primary goals for the Kickstarter, and lined them all out for us:

1. Regardless of whether the Kickstarter is successful or not, Catalyst will invest in repackaging the core line of the rules, as well as the already-available British and French ships, to make them available once more. Funds raised via the Kickstarter will help us more quickly flesh out additional ships (such as the Type IIIs) for those British and French fleets, while ensuring we can publish the additional faction fleets (such as the Germans and Italians) much quicker than we normally might. And depending upon the amount of funds raised, we may also be able to speed up the process on everything, allowing us to move the entire re-launch at a faster pace.

2. Kickstarter offers priceless marketing. The campaign is about raising awareness of Leviathans to a much larger crowd of people that might be very interested in tackling the game but have yet to see it or play it. Since the game has been out almost a year without any supporting books or ships, that marketing will be vital in the re-launch.

3. We published Leviathans under Creative Commons with the idea of allowing fans to embrace the universe and game in any way they choose. Kickstarter offers many ways for the community to become directly involved with the game. For example, some pledges might allow players to name future ships released in the line, while stretch goals might unlock new unique ships and help us determine different campaigns around the Leviathans’ 1910 world to pursue, and more. All of this is possible via Kickstarter.

A lot of questions have been raised about how Catalyst plans to right the wrongs that have come up in the past. They’ve posted a Q&A on the official Leviathans site for anyone interested. This news has hit mixed reactions in the community, but as a Leviathans fan, I’d like to see what they come up with. Leviathans has a great story and idea behind it, and I think it’s a game that many players can have fun with. As more details about the Kickstarter appear, we’ll be sure to update.